Surreal, existential, out-of-this-world?  The seven striking sculptures crafted by Sophía Crimen that make up the “El Transeúnte” (The Passer) installation outside the Jalisco State Library in Zapopan can be interpreted in any way one chooses, says the artist. 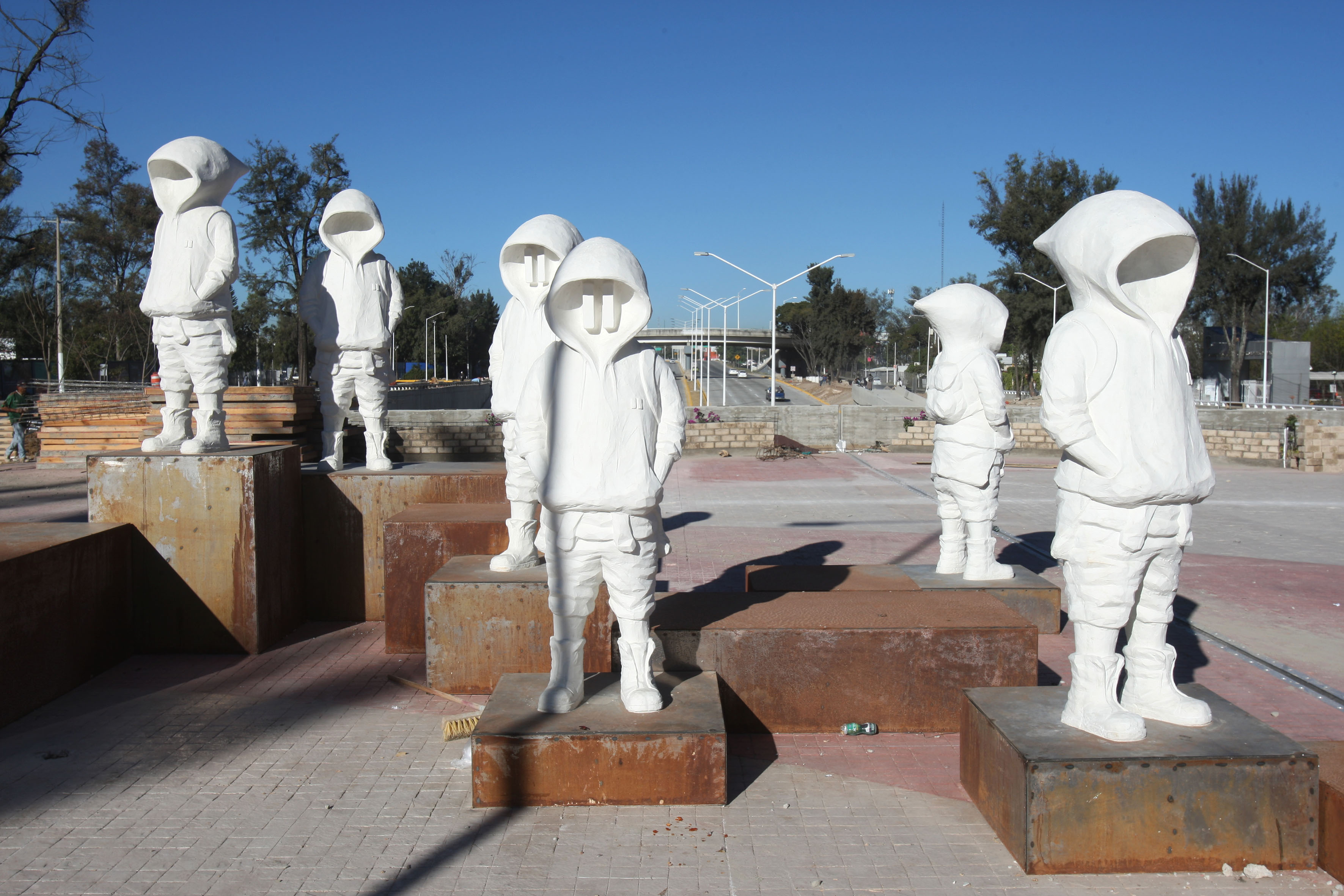 “If it wasn’t like that, I think it would be a little empty,” Crimen says. “I think that the pieces are here so that people can interact and interpret them however they want.”

Constructed out of white concrete, the faceless figures allude closely to Guadalajara’s “cholos” – a wide-ranging term often used in Mexico to describe a low-income, urban youth subculture, or sometimes to refer to members of gangs.

Each standing at approximately 6.5 feet tall and weighing half a ton, the figures are dressed with oversized hoodies draped over their nonexistent heads, baggy sweatpants, astronaut-looking boots and fastened backpacks.

Crimen says she strived to create a contemplative space to provoke spectators to reconsider how economic powers shape an individual, for better or worse.

Viewers have both praised and criticized the installation for its connotations of gang culture. Some consider the statues to be tasteful representations of today’s, often disenchanted, young city dwellers, while others simply see the ghostly figures as up-to-no-good individuals about to commit a crime.