On the evening of Monday, April 1, some 50 firefighters from several brigades were drafted to battle the fiercest blaze to break out this year in the Bosque de la Primavera on the western edge of Guadalajara.

Smoke from the fire on the Cerro de Colli hill blanketed a large area of Zapopan, prompting a smog alert Tuesday morning. 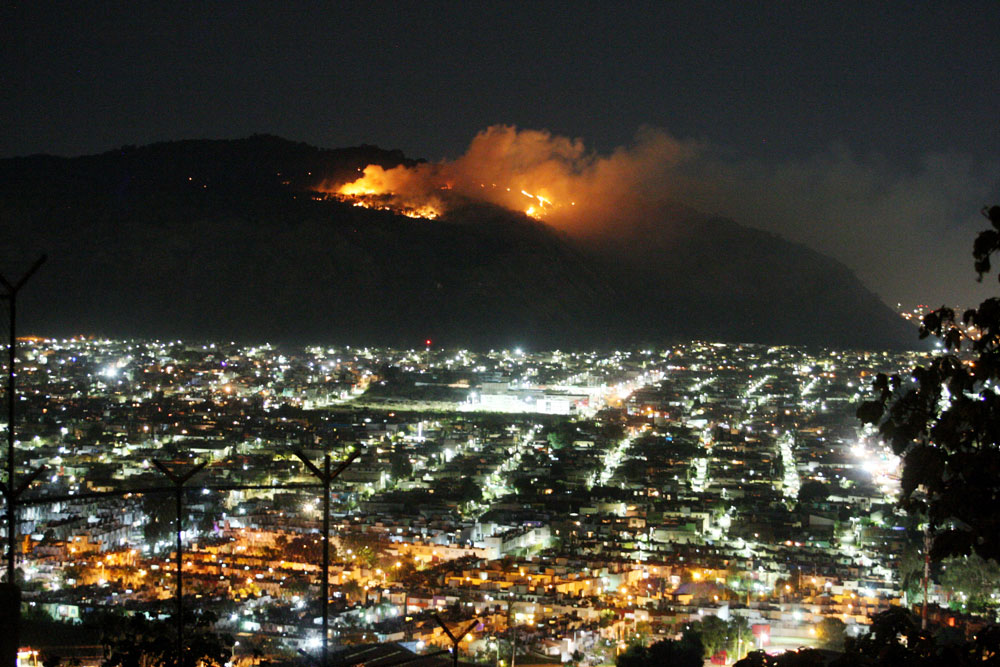 Because darkness had already descended when the fire was initially reported, Zapopan city hall’s fire fighting helicopter could not be deployed immediately. The blaze scorched an area of around 11.9 hectares and was eventually brought under control Tuesday afternoon.