Tlajomulco Mayor Salvador Zamora symbolically slaps a closure order on the sales offices of the second development stage of El Cielo, the upper-middle class subdivision that hugs the perimeter of the Primavera Forest between El Palomar and Santa Anita, and also includes a golf course. 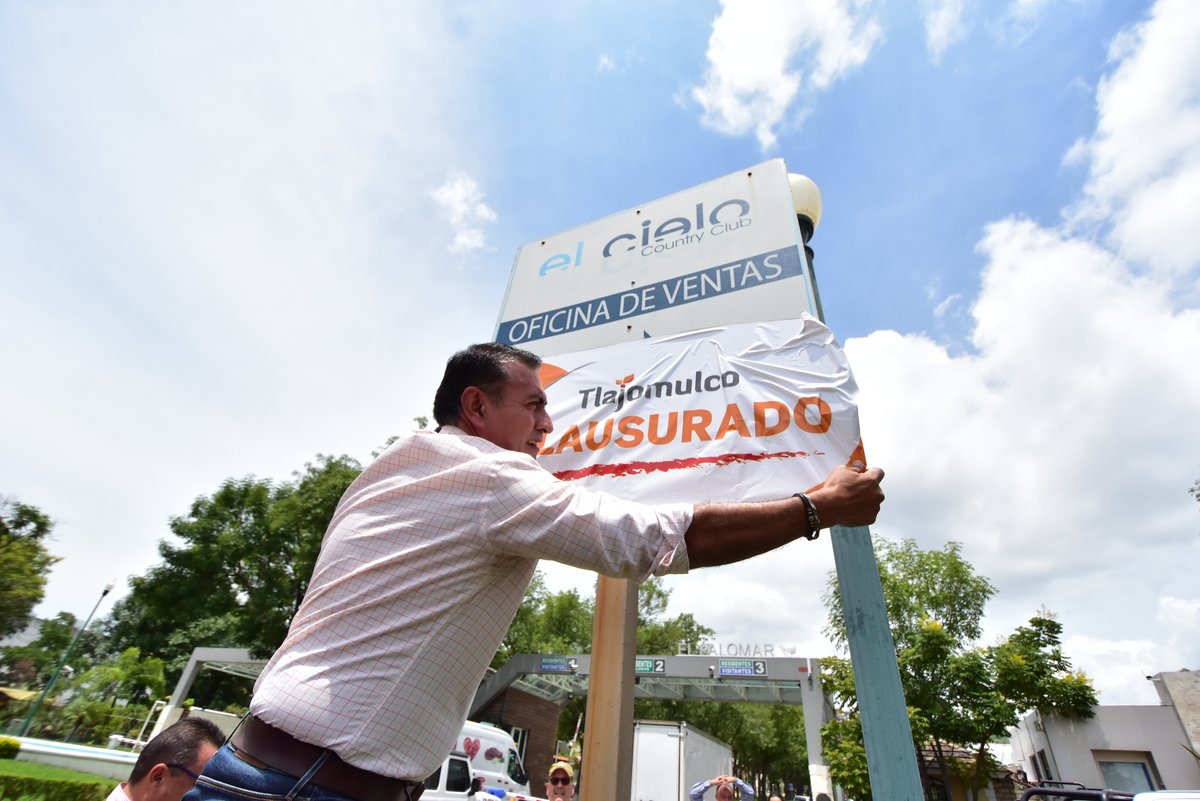 Municipal authorities argue that the zone could be prone to landslides, similar to the ones that have affected the Santa Anita area in recent weeks.