Despite the incarceration of their spiritual leader on sex abuse charges, the 1.5-million-strong Guadalajara-based Luz del Mundo evangelical church is not struggling to find new adherents. 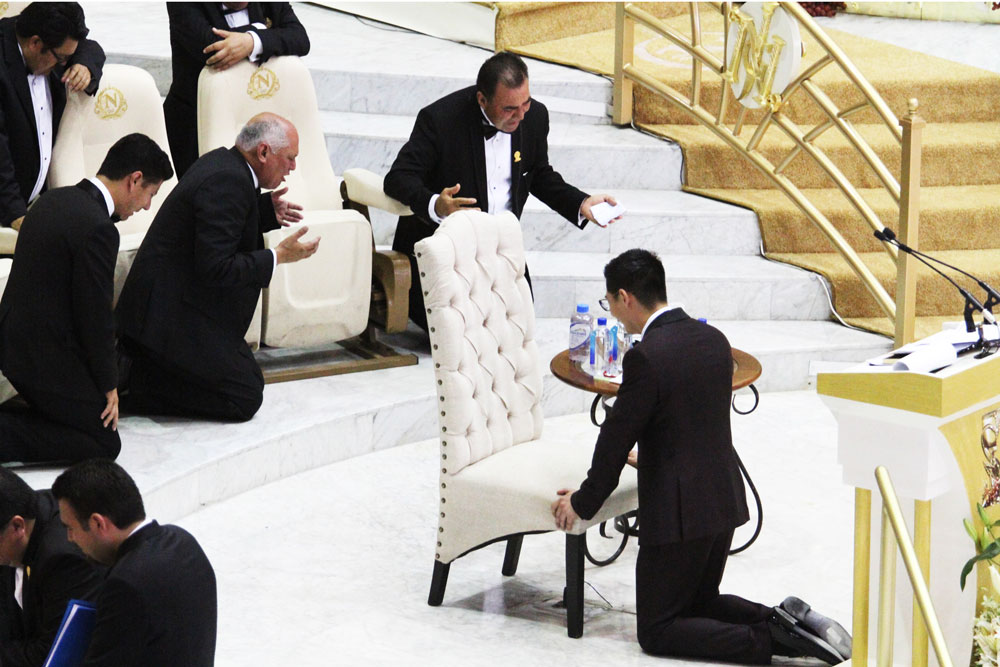 Some 2,300 followers were baptized this week during the Santa Convocación, the denomination’s biggest event of the year, which attracts half a million attendees from more than 50 nations.

The church, however, remains shrouded in controversy as leader Nasson Joaquin Garcia – considered a prophet of God by his flock – faces trial in Los Angeles on rape and child pornography charges.

The new members were baptized in El Bethel, close to the neighborhood adjoining the Luz del Mundo’s grand Guadalajara church. They all wore smart white uniforms and were fully submerged in a tank of water, while holding their hands in a “praying” position.

In the absence of Joaquin Garcia, Wednesday’s Santa Cena celebration was presided over by his son, Adoraim Joaquin Zamora. The chair on which the leader of the church traditionally sits during the ceremony remained empty, however. Many followers wept openly during the service, although this is a common occurrence at worship.

In a message to his flock recorded in his Los Angeles County jail, Joaquin Garcia was defiant, warning detractors and enemies of the faith that “no one will stop us.”  He noted that despite the “false” charges made against him and three women members, in addition to the “aggression” and “derision” the church has faced since his arrest, there is no evidence that members are deserting Luz del Mundo.