It will be “Play ball!” at noon today, August 2, and tomorrow Sunday, at 11 a.m., out at the Charro baseball bark on Boulevard Revolucion, with the visiting Lambert Park Little League All Stars from El Monte, California, meeting the local Xalixco All Stars in hands-across-the-border competition.

“We’ve had very little money for our kids,” Emir Macari, a Little League director said this week, “but we’re not short on talent and spirit.” Macari urged the members of the American colony here to turn out and cheer for the locals. Consul General William B. Connett Jr. will throw the opening pitch.

Coming from El Monte with the travelers will be four coaches and 30 wildly enthusiastic parents who will be the guests at numerous social events. 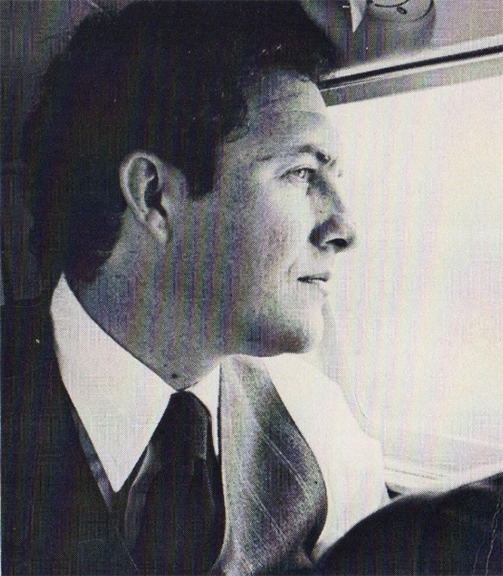 Krueger goes to work without the approval of Congress

Ambassador-at-large-designate (to Mexico) Bob Krueger had just completed two busy weeks, as he testified before a House of Representatives subcommittee, took over his job without Congressional approval and visited Mexico as an unofficial diplomatic representative of the U.S. government.

Krueger, who was in Mexico City August 10 and 11 to discuss details of the September meeting between Mexican President Jose Lopez Portillo and U.S. President Jimmy Carter, faced hostile questioning by a House science subcommittee July 31, the day before he moved into an office at the State Department.

Krueger, a former Texas congressman, defended his appointment, saying, “It’s hard for someone in Mexico to meet with someone on Capitol Hill, or elsewhere in Washington.” Referring to the current negotiations concerning exports of Mexican tomatoes to the U.S., a sensitive political issue in both nations, Krueger said that Ambassador Patrick J. Lucey had told him. “I really can’t handle it (the tomato issue) from Mexico.”

He described the Ambassador’s job as being responsible for the “day to day problems” in Mexico, while his own work will be to “coordinate on this end…U.S. relations with Mexico.”

The day he took over his new office in the State Department, Krueger told newsmen, “This job is too important to sit around and wait. I’m going ahead full steam and operate as if I’ve got the job. They’ll let me know if I don’t.”

(Krueger served as Ambassador-at-large to Mexico until the end of Carter’s term, February 1, 1981.)

While Chapala becomes a lemon, some make lemonade

While Lake Chapala continues to shrink to unseasonably low levels and scientists promote their pet ideas on how to help the once huge inland sea recover, some people are taking advantage of the situation in a more positive way. Local farmers are now cultivating more than 60,000 hectares of land previously covered by the lake, taking advantage of the centuries of silt built up by erosion from surrounding mountains.

Chapala’s evaporation immediately joins the clouds over western Mexico, which supply the rains that restore the lake and irrigate important crops. Several scientists have recently conjectured that the decline of Lake Chapala is one cause of this rainy season’s remarkably low precipitation levels.

More than 450,000 people over retirement age in Jalisco will receive a boost if a legislative proposal introduced this month is passed by the State Congress.

The Ley para la Atencion de los Adultos Mayores de Jalisco seeks to define the rights of senior citizens and establish responsibilities of the family, society and the state government in caring for the aging population.

One of the major aims of the bill is to create an Institute of Old Age, which will oblige the state government to make provisions for Jalisco seniors who have no access to Mexican health programs.

Under the initiative, introduced by the Partido de la Revolucion Democratica (PRD), retirement age persons will have the right to adequate nutrition, a dignified place to live, access to education and the opportunity to work.

The bill also seeks to sanction families who fail to adequately care for their elder members.

Around 70 percent of Jalisco’s retirement age population suffers from some kind of illness, but only 4 in 10 are registered in the Mexican Social Security System (IMSS).

In 20 years Jalisco will have more than one million ancianos (old people) Padilla said.

(The Law for the Comprehensive Development of the Senior Citizen was passed in September 2011.)

Jose Hernandez, the California-raised son of Mexican immigrants, was expected to lift off in the Space Shuttle Discovery in the early hours of Friday, August 28.

Hernandez, 47, has gained hero status in Mexico in the past few weeks, and chatted with President Felipe Calderon before technical problems delayed the NASA launch.

Hernandez’s parents settled full time in California’s fruit-picking region when he was 11.

“Even though they only had a third-grade primary school education, they saw the importance of studying. They always made sure we were in school,” Hernandez told Calderon.

He added that he always dreamed of being an astronaut after learning in high school that the first Latin American had been selected for NASA’s space program.

He applied three times in a 12-year period to NASA, before being accepted and he even took a pay cut from his private-sector job as a mechanical engineer to sign up for the space program.