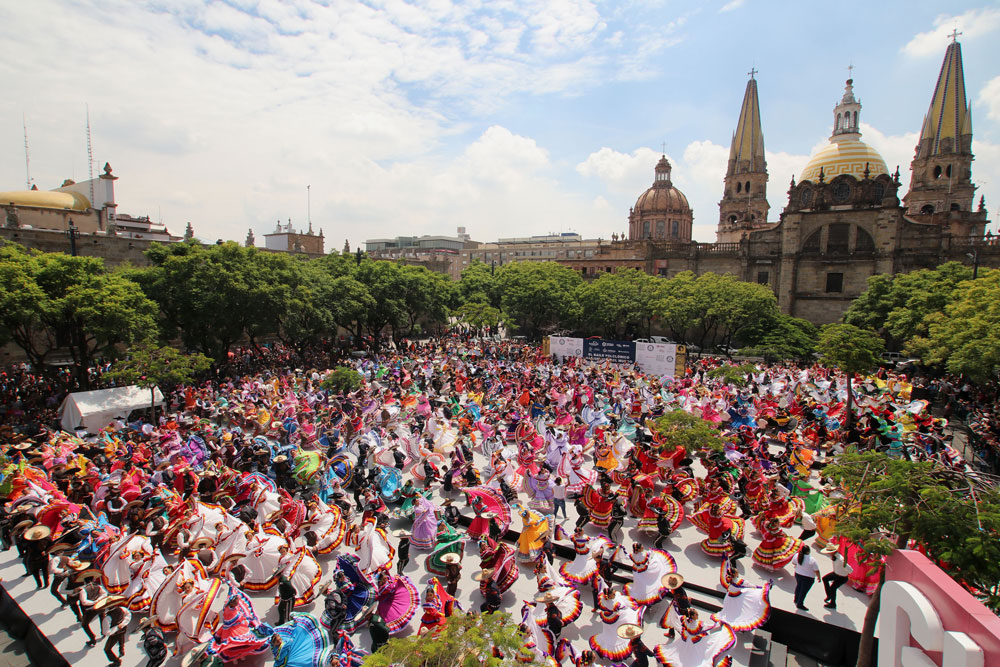 To set the new record, dancers of both sexes performed individually for seven minutes to traditional Mexican music, including the classic “Guadalajara, Guadalajara.”

Setting a new Guinness record has become a highlight of the International Mariachi Festival, which ends Sunday, September 1, with a free concert in Zapopan’s main plaza.

As well as dancers from well-known dance groups, students from at least ten folk dance academies in the city participated in the record-breaking attempt, accoridng to Xavier Orendain, president of the Guadalajara Chamber of Commerce, the organizers of the mariachi festival.

Orendain said that 11 Guinness records have now been set during various editions of the festival.  He noted that in 2011, Guadalajara set the record for the number of pairs of folk dancer pairs performing together – 457.

Past records set include the largest number of mariachi musicians performing at once, and escaramuzas (female horse riders) in action.

Other Guinness records set in Guadalajara outside the festival include the biggest taco in the world (cochinita pibil, three kilometers long, in February 2015) and the largest number of hairdressers cutting hair at once (1,256, in October 2013).