The eight-year saga of the polemic 2011 Pan American Games athletes’ village – empty ever since the sporting event ended – could finally be coming to an end. 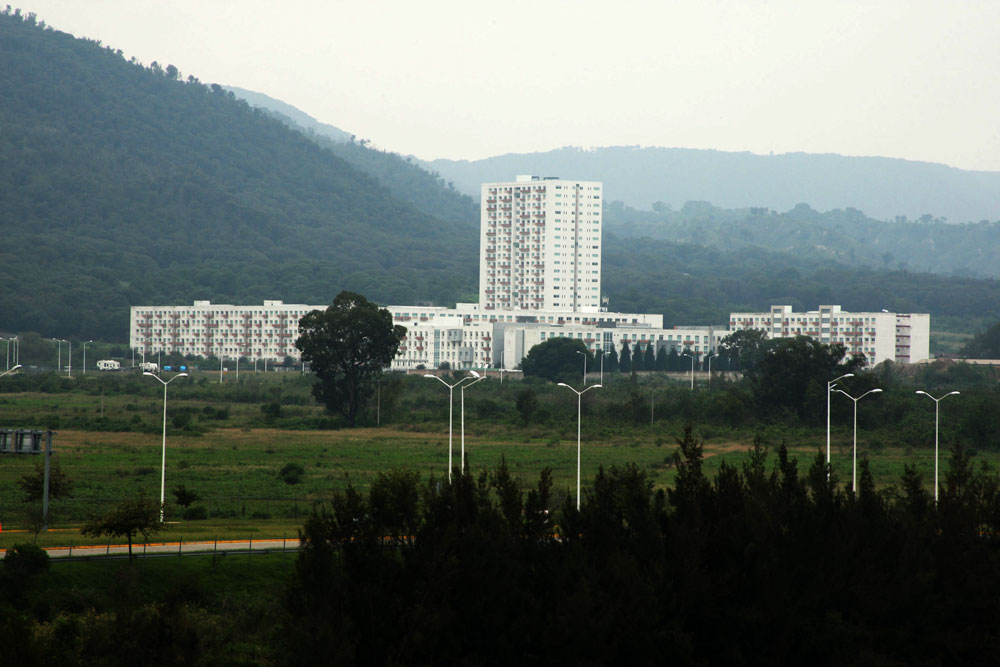 Last Monday, Jalisco Governor Enrique Alfaro confirmed that a private consortium has signed a contract to purchase the entire complex, located on the western perimeter of Guadalajara next to the Primavera Forest, across from the Akron Stadium, home to the Guadalajara Chivas.

The Villas Panamericanas are comprised of four large buildings containing around 1,500 apartments that were built to house more than 5,000 athletes and officials during the October 2011 sports event.

Originally, the complex was slated to be sold off as private apartments, but the fierce objections of neighbors and environmental organizations concerned about potential damage to the Primavera put those plans on the back burner.

Most of the money to build the athletes’ village  came from the Instituto de Pensiones del Estado de Jalisco (Ipejal), the pension fund for state employees.  The managers of this fund had expected to recoup their investment – and more – following the sale of the units.

The investment has been in limbo, however, as successive Zapopan municipal administrations sided with NGOs to block any attempt to transform the complex into residential housing.

Meanwhile, various attempts to convert the site into private office or government building space have all come up short.

The sale of the site for 1.5 billion pesos is being done to ensure that the economic future of state workers is not compromised, said Alfaro, who had previously been a critic of the Villas project. “We can’t just sit with our arms crossed,” he said.

The governor stressed that his administration will work closely with Zapopan authorities to ensure that the zone does not suffer “uncontrolled urbanization” and that environmental laws are respected.

According to some reports, the purchasing company, Green Life Capital, SAPI S.A. de C.V., was established three months ago with the express purpose of purchasing the abandoned complex. On its list of associates are several individuals  who have worked for various municipal councils over the past decade, or held senior positions in local and national business chambers or organizations.

Opponents to the Villas, who would like to see the complex raized to the ground, reacted swiftly and harshly.

Sergio Peraza, president of the nearby Rancho Contento neighborhood association, said he hoped Zapopan Mayor Pablo Lemus would keep his word and deny  construction permits for work that the new owners are planning at the site.

Lemus suggested this week that the state government will be unable to complete the sale unless all outstanding legal disputes are resolved. He said various criteria would need to be met before any permits are granted, including recognition of the area around the Villas, known as El Bajio, as a protected zone.

Futuro, the political organization spearheaded by former independent legislator Pedro Kumamoto, was especially savage in its criticism of the state governor.  While not going as far as to call the process corrupt, a video released by Futuro said the government had “learned nothing” from previous “disastrous” government-private sector transactions.  “The governor is hiding behind the state workers. The Villas should be demolished. Selling them opens the door to disaster,” the video stated.

In a press release, Ipejal said the sale of the complex will be carried out to the highest legal standards with complete transparency. The missive noted that Green Life Capital will not be permitted to redevelop the site without the correct environmental studies, or strategies for the disposal of sewage in their plans.  (In 2011, the athletes’ village’s water treatment plant was unable to handle the amount of water used by its inhabitants, and thousands of liters of sewage overflowed into the pristine green space and nearby woodland.)