Puerto Vallarta is getting a top to bottom cleaning for the upcoming meeting of U.S. President Richard M. Nixon with Mexican President Guztavo Diaz Ordaz August 20 and 21. The visit has brought a frenzy of activities and preparations the like of which has never before been seen in the port.

Locals are saying, “Well, that’s one way to get the holes in the street fixed.”

Heeding a call by Jalisco Governor Francisco Medina Ascencio for a general cleanup as part of the welcome to the two presidents, holes in the streets are indeed being fixed, private homes and public buildings painted and even a few fishing boats spruced up.

The city’s water supply is undergoing extensive testing and all stray dogs are being picked up. All nearby swamps were sprayed with insecticide to get rid of mosquitos and flies. The small islands in the Rio Cuale have been cleaned up, which natives said hasn’t happened in more than 15 years. Health inspectors have been giving street food salesmen a hard time and it is said that most of them will be “retired” for the duration of the visit, in order to prevent possible cases of turista among the 200-plus press and many U.S. government staff who will attend.

The base of a pyramid thought to have been built in 700 A.D. has been discovered just outside Valle de Guadalupe, a town on Highway 80, halfway between Tepatitlan and Jalostotitlan in the Los Altos region of Jalisco.  According to archeologist Roman Piña Cham and his wife, anthropologist Beatriz Barba, who reported the find, the ruins cover 800 square meters and include a perfectly defined ceremonial plaza whose only entrance faces east, a characteristic of pre-Hispanic construction. The couple believe the structures were in use from 700 to 1100 A.D. The builders were of the Caxcanes and Tecuexes tribes.

Eighteen years after construction began, and despite widespread opposition, Mexico’s first nuclear power plant has been given the final seal of approval by the Energy Ministry (SEMIP). The controversial US$3.5-billion Laguna Verde facility, located 37 miles inland from the eastern port of Veracruz, can now enter into full commercial activity once a delegation of international evaluators has inspected the installations.

The water-cooled reactor has been running at full capacity for several months following a testing period that stretched more than a year over schedule. The August 14 decision by SEMIP is a significant victory for the Federal Electricity Commission (CFE). For more than two decades the paraestatal (government owned and operated company) patiently stood its ground while environmental groups and political opposition parties garnered most of the public support to their anti-nuclear energy cause.

Ecological pressure groups have been trying to close the plant since the first cement was poured in 1973.

For boxing legend Julio Cesar Chavez, it was one fight too many.

In what most boxing fans hope was his final duel, the Mexican pugilist was overwhelmed by his much younger and quicker opponent, Australian Kostya Tszyu, at the Phoenix Veterans Memorial Coliseum July 29.

Many boxing commentators had urged Chavez to retire after a bloody fourth-round defeat to Oscar de la Hoya in 1996.

Following the latest defeat, Chavez acknowledged it was time to hang up the gloves. “This is my end. I lost. I am going home,” he told WBC President Jose Suliaman. 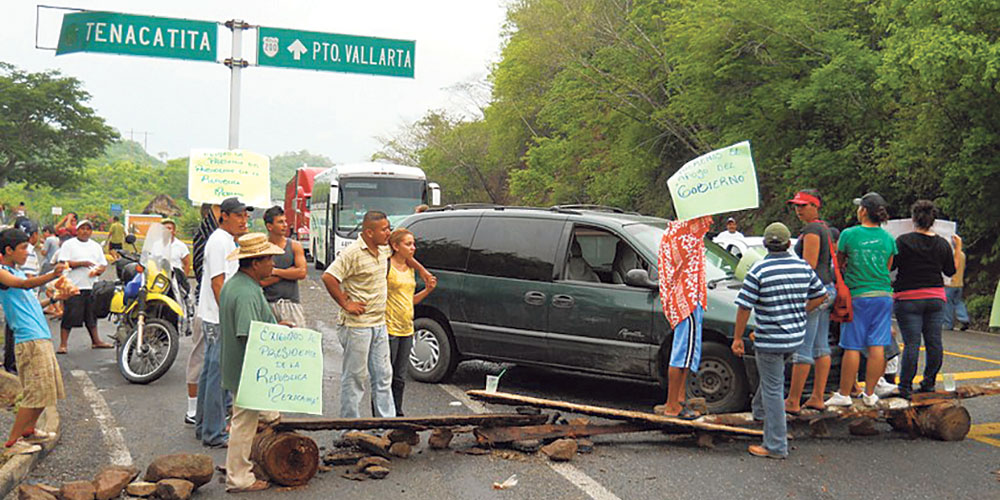 Some 150 Jalisco state police officers have turned the coastal village of Tenacatita into a war zone. Residents and business owners say that armed state policemen ordered them to vacate the area immediately. A wall of police in full riot gear kept them from returning. More than 24 hours after the early morning August 4 takeover, many of the approximately 800 people were still waiting, in the rain, to retrieve their belongings.

Some residents were beaten by police when they tried to reenter the zone. Some 15 to 20 palapas have already been destroyed.

“We’re just following the judges orders,” said Jalisco State Police Chief Luis Carlos Najera. Police were given the order to evacuate residents by a district Judge in Autlan, Jalisco, who based his ruling on deeds held by Tapatio businessman Jose Maria Andres Villalobos.