Firefighters this week gave a traditional water salute to the first Emirates airplane to land at the Guadalajara International Airport. 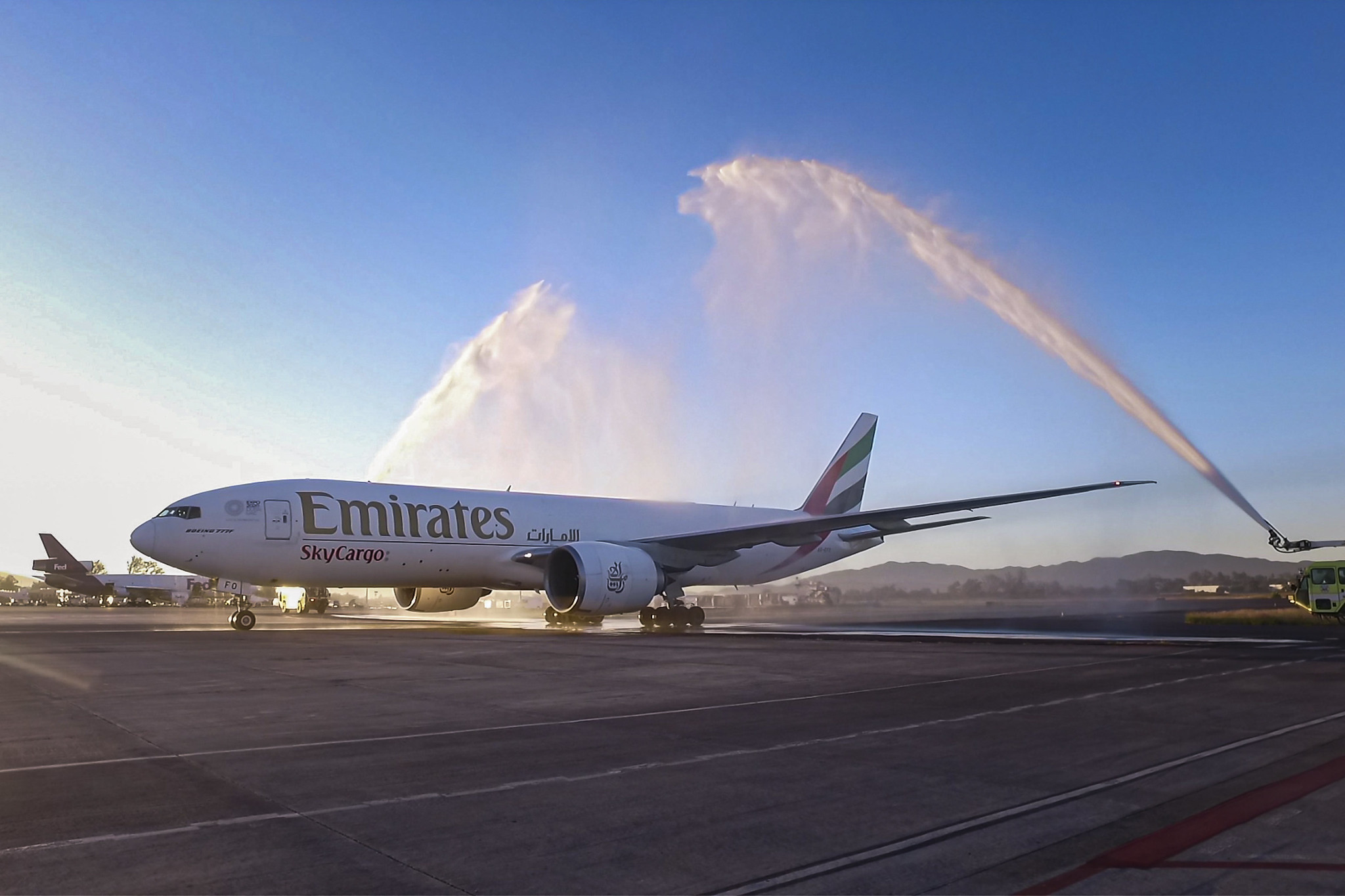 The Emirates Skycargo Boeing 777 touched down at the end of the inaugural flight of a new route that will operate twice weekly.

Guadalajara is Emirates Skycargo’s second cargo destination in Mexico and 15th on the American continent. In total, the airline connects with more than 125 destinations on six continents.

With this new route, exporters from Jalisco and other states in Western Mexico will be able to send their products to the Middle Eastern market in 24 hours, allowing them to reduce time and costs, said Ernesto Sánchez, state secretary of Economic Development.

The Boeing 777F, the world’s largest twin-engine freighter, has a capacity of up to 100 tons of cargo per flight.