A posh precursor to the modern housing development abandoned overnight by its affluent foreign residents; a lonely, dangerous haven for revolutionaries and bandits; a tranquil suburb on the outskirts of a bustling metropolis—Colonia Seattle has been all of these since its beginnings in the early 1900s. 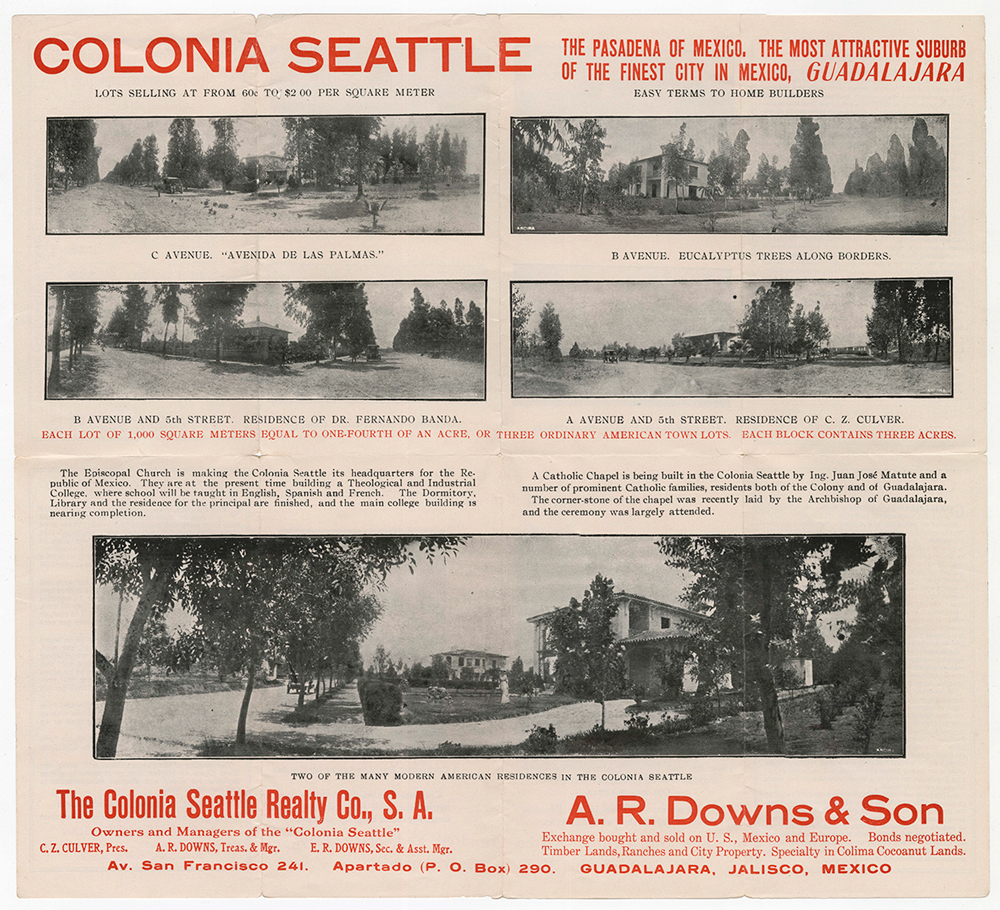 The conception and development of Colonia Seattle in nearby Zapopan was a direct product of the long rule by Mexico’s Dictator-President Porfirio Diaz (1877-1910). During this era an extraordinary prosperity was enjoyed by newly emerging wealthy and middle classes—while the impoverished laboring class suffered. Diaz’ penchant for the industrialization and modernization of the Republic led him to invite numerous foreign companies to share in the country’s development. At the turn of the century Guadalajara had a North American colony of some 2,000, most of whom were associated with mining and railroad interests operating in the area.

Ed Downs, Senior, with the assistance of a Dutch architect and later, his son Ed Downs, Junior, laid the plans for Colonia Seattle. A native of Seattle, Washington, Downs selected the colony’s site due to its easy accessibility to Guadalajara and its peaceful, fresh country setting. Numerous Seattle natives, as well as an assortment of other North Americans, French, Dutch, German and Mexican citizens were attracted to the idyllic suburb.