After a five-year posting, UK Ambassador to Mexico Duncan Taylor has left his role to hand over the task to Corin Robertson, whose last job was director at the National Security Secretariat in the Foreign and Commonwealth Office (FCO).

Robertson joined the British Diplomatic Service in 1994 and has served overseas as: Second Secretary (Global Issues) at the British Embassy in Tokyo from 1996 to 2000; First Secretary (European Parliament) and then First Secretary at the U.K. Permanent Representation to the European Union in Brussels from 2002 to 2006; and Deputy Head of Mission and Acting Head of Mission at the British High Commission in Ottawa from 2011 to 2014. She served as the FCO Director of Estates and Security from 2014 to 2017. 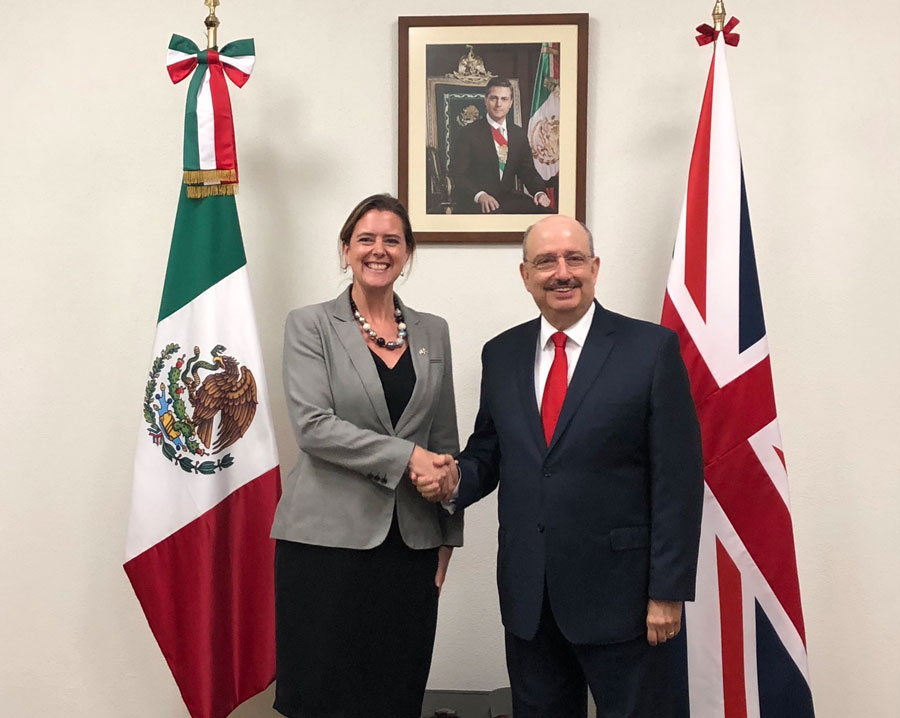 Robertson has also served in a wide range of jobs in London, including as Head of the Counter Terrorism Department from 2008 to 2011.

Robertson’s Twitter profile lists her likes as family, diversity, leadership. She is married, with two children.

One of her first tweets expressed her excitement at the opportunity of working with “our Mexican friends and partners.”