Chapala Mayor Moisés Anaya is determined to fight tooth and nail to prevent the reactivation of the city’s parking meter system.

Just over a week ago, city hall officials strung up large banners along Paseo Ramón Corona to “welcome” visitors with the news that there is no charge for parking in that area. 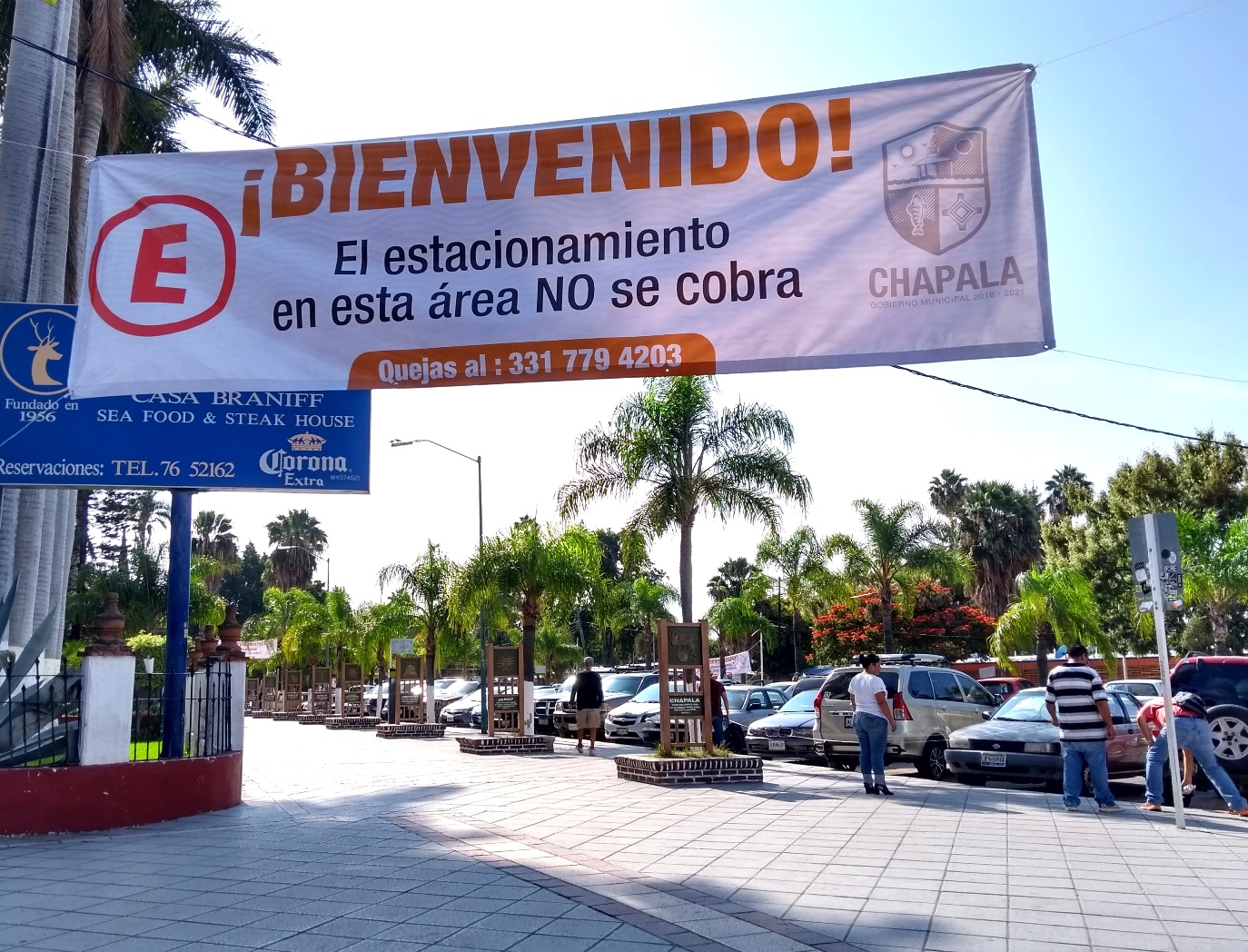 Anaya told the Guadalajara Reporter that although the MK Ideas-Comers business conglomerate won a lawsuit allowing it to fix and operate meters installed in the downtown area, his administration is resisting the company’s demands to issue a business license and credentials for its employees. In addition, the firm is being refused permission to paint lines marking parking spaces within the zone designated under a 2011 concession contract signed with the local government.

“We’re going to continue fighting,” Anaya stated firmly. “Times have changed. The apparatus has become obsolete. There are better ways to operate a parking system nowadays.”

Nonetheless, the mayor suggested that he might be open to working out new contract terms with MK Ideas-Comers, including payment of a 44.6-million-peso penalty claimed in a separate suit.