It only took being stuck in a bumper-to-bumper traffic jam one time for Governor Enrique Alfaro to get all fired up about solving the nagging inconvenience of the Ajijic highway bottleneck. 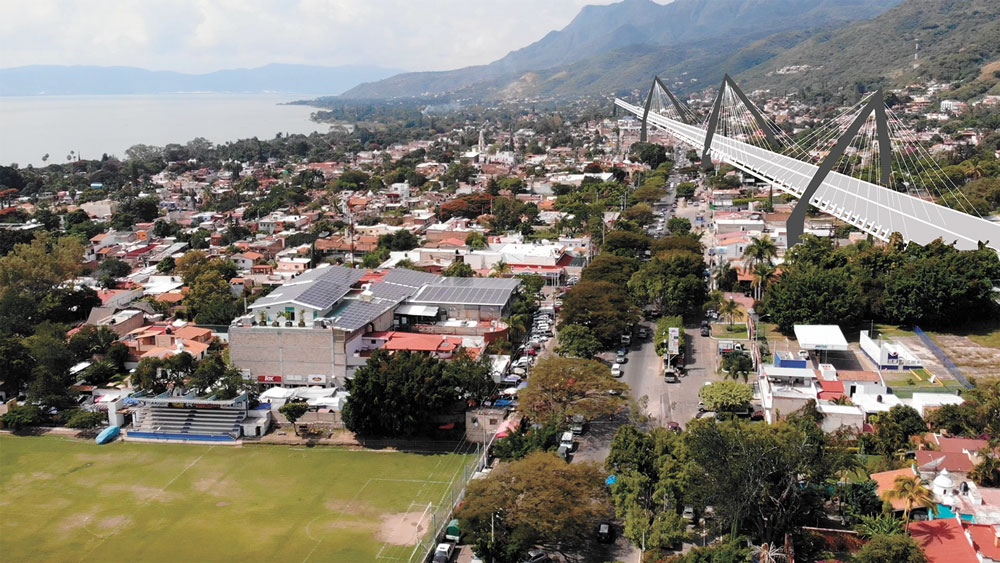 At the wheel of his official SUV on his latest visit to lakeside, Alfaro found himself boxed in behind a long line of vehicles backed up and moving at a snail’s pace through La Floresta. “This sucks!” he exclaimed, according to a Chapala official who was along for the ride.

Still hot under the collar when he got back to work in the state capital, the governor called in a team of highway engineers, barking out orders to assess the situation and draw up a viable plan.

“None of this mañana stuff,” he reportedly bellowed. “I want blueprints on my desk by the end of the week. And while you’re at it, figure out a fix for the town’s dearth of parking spaces.”

It actually took the engineers more than a month to return, but despite his aggravation at the delay, Alfaro didn’t hesitate to give a thumbs-up to their innovative design for a giant overpass traversing the village from Calle Revolucíon to the far side of town. It will be a technical marvel, similar to the avant-garde Matute Remus cable-stayed suspension bridge built a decade ago along Guadalajara’s Calzada Lázaro Cárdenas.

The project will start once the Chapala-Jocoetepec ciclovía and highway upgrades are done. Experts guess the work will be complete in a year or two.

Sounds like a crazy pipe dream? Yup, it’s total bunk. We couldn’t resist the temptation of playing a Dia de los Inocentes prank on gullible readers.  If you bought the story, you’re just an inocente paloma (innocent dove), taken in by a typical journalistic gag  such as those Mexican media outlets pull off on December 28.

Also beware of falling for jokesters who request the loan of money or other valuables that may not be returned. It’s just a black-humor take on the Biblical account of King Herod ordering the slaughter of male babies born in Bethlehem to eliminate the potential rivalry of the infant Messiah. Warned by an angel, Mary and Joseph fooled the cruel ruler by fleeing to Egypt with Baby Jesus in arms.