Jocotepec continues in the throes of an unparalleled dengue epidemic, with 121 confirmed cases registered up to June 29 by Jalisco state health authorities, by far the greatest number counted statewide. 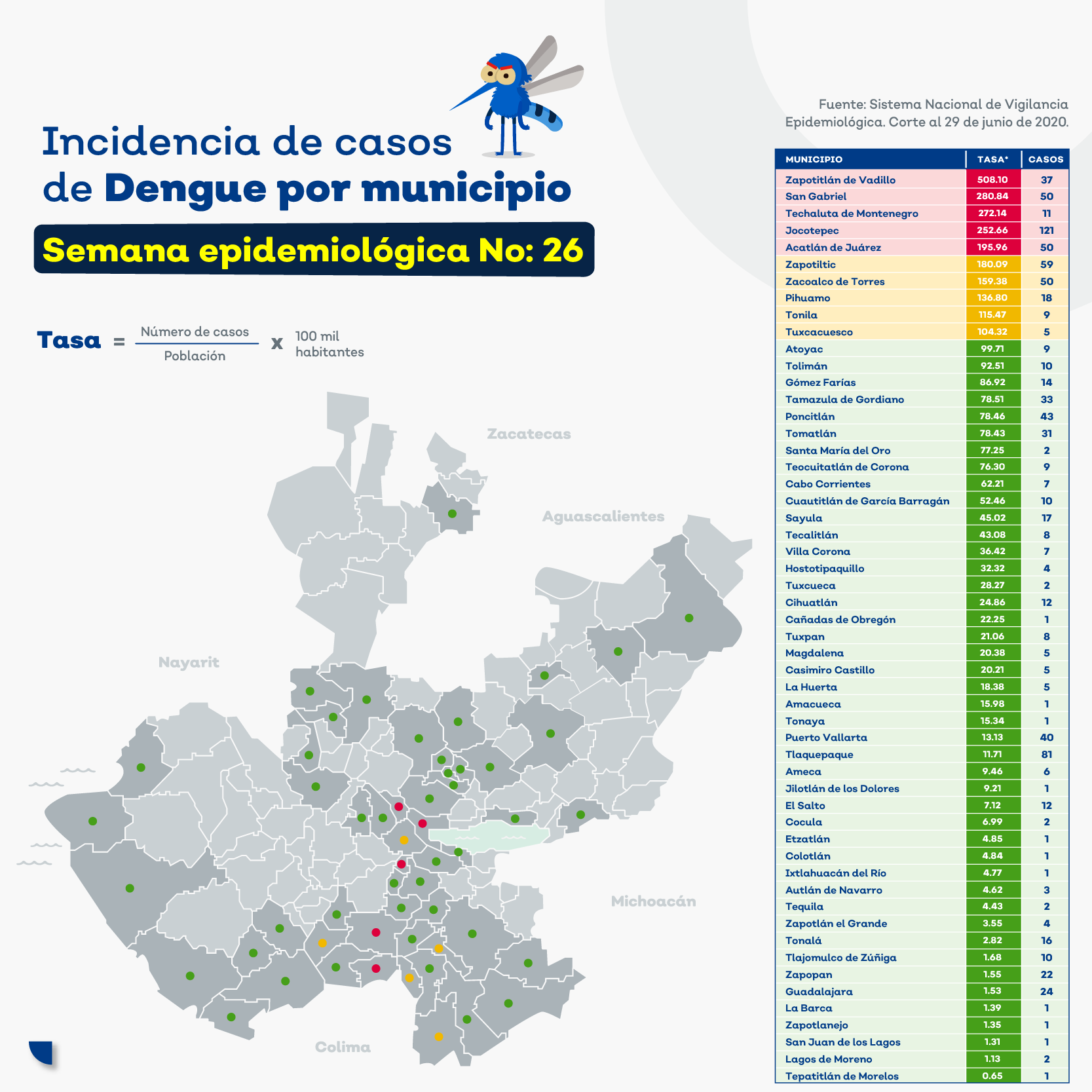 The municipality ranks in fourth place in per capita incidence of the debilitating disease.

According to official statistics, so far dengue has been detected in 54 out of the state’s 125 municipalities. Other lakeshore communities with the disease include Poncitlán with 43 cases, Tuxcueca trailing far behind with two cases and La Barca with a single case to date.

While the Department of Health (SSJ) has no record of cases in Chapala, anecdotal accounts indicate that at least eight inhabitants have been infected and outbreaks are occurring in several Chapala neighborhoods.

SSJ campaigns underway in the lakeshore region to eliminate carrier mosquitoes include massive fumigations and collections of household junk.