When Enrique López, PsyD, speaks at Ajijic’s Open Circle in March (pandemic permitting), there is likely to be alchemy between the intense interest of a mature audience and his relevant experience in brain health. 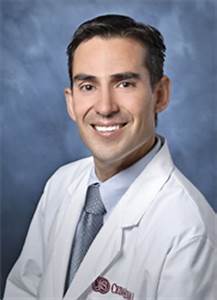 López is a Los Angeles neuropsychologist, who has worked extensively evaluating older adults for brain functioning (among other focus areas, including pediatric). He has spoken around the world on neuropsychology, and developed a database called neuropsychnorms.com, in worldwide use under the aegis of Technology Ventures at Cedars-Sinai Medical Center in Los Angeles, where he works.

López was recruited as a speaker by the Lake Chapala Society’s Steve Balfour, but López’s interest and availability were prompted by some lucky coincidences: he was born in Mexico (he moved to the United States at age six), his parents presently live in Guadalajara and he is considering making Ajijic his second home.