Scores of women in the north shore corridor peacefully took to the streets Monday, March 8, to commemorate International Women’s Day, keeping Chapala, Ajijic and Jocotepec buzzing with activity throughout the entire day.

A running theme among the signs appearing in this year’s local marches and demonstrations was “8M is not a celebration. It is a struggle.“

Chapala government officials held a press conference to announce strategies and actions in support of female constituents, including an office dedicated to aiding those who are victims of violence. 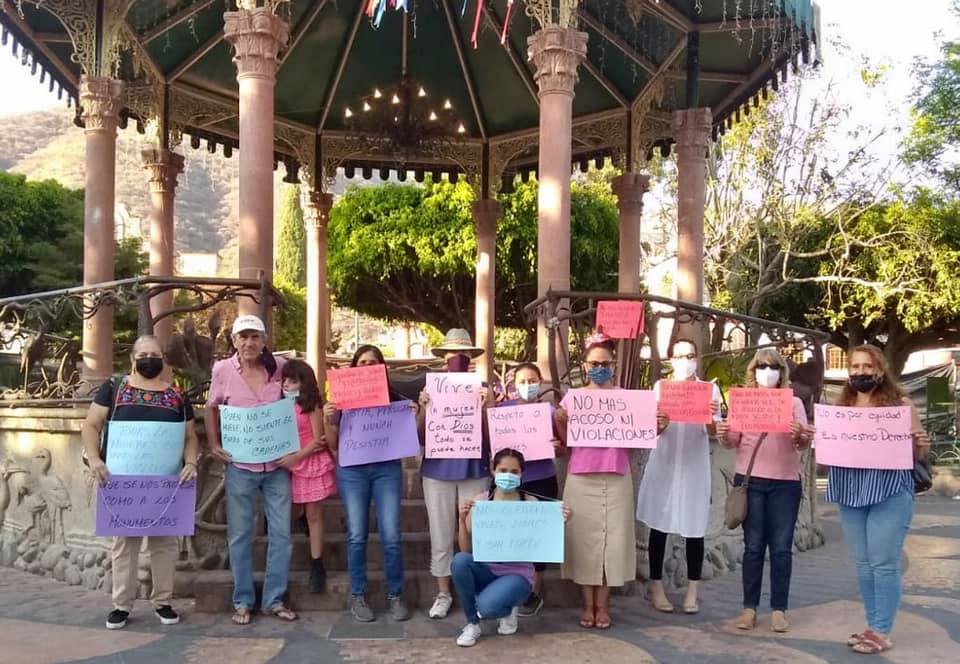 The global observance of International Women’s Day  has roots in the labor and suffrage movements in North America and Europe during the early 20th century. It is a date focused on the issues of gender equality, sexual discrimination, female empowerment, reproductive rights and non-violence against women, as well as the increasing cultural, political, and socioeconomic achievements of women over time.