Adalberto Macías Llamas, founder of the Niños y Jovenes children’s home, died Monday, January 6, at the age of 93. He had been in failing health over the past several years. 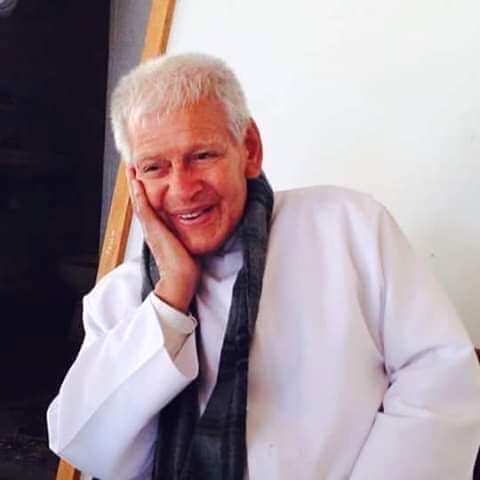 Padre Beto, as he was fondly called by inhabitants of San Juan Cosalá, was born on June 25, 1925 in Apozol, Zacatecas. He was ordained into the priesthood in November 1952 at age 27. His first assignment in religious service was at Guadalajara’s Ciudad de los Niños del Padre Cuellar, a distinguished shelter for homeless and indigent boys.

During subsequent posts in the Jalisco towns of Jesús María, Tateposco and Temacapulin, he continued efforts to foster the well-being and education of children and youth.

Macias was appointed as vicar of the San Juan Cosalá parish in March 1966, and eventually promoted to serve for 27 years as its first curate. Remaining in San Juan for the rest of his days, he dedicated his life to promoting educational opportunities, spiritual formation and personal care to thousands of youngsters.

When he first arrived in  San Juan schooling was not available to local children beyond grade two. Only 80 out of the town’s 500 school-age kids were enrolled in school. Over the next four decades, he was instrumental in expanding local institutions of learning at all levels, from preschool through preparatoria (high school).

In 1972, he founded Casa Hogar de Niños y Jóvenes, a non-profit home for orphaned and underprivileged minors. Jalisco’s Instituto de Asistencia Social (IJAS) recognized his accomplishments in that project in 2008 with its prestigious Social Benefactor Award.

Many of those taken under his wing have gone on to obtain university degrees and take on professional careers.  At least ten of his beneficiaries have followed in his footsteps to become priests.

A funeral Mass held for Padre Beto in the atrium of the San Juan parish on Tuesday, January 7 drew a throng of villagers and admirers to mourn his passing.