Virtuoso lakeside musician James Keith Barto died in his sleep Wednesday, February 19 at the age of 62. 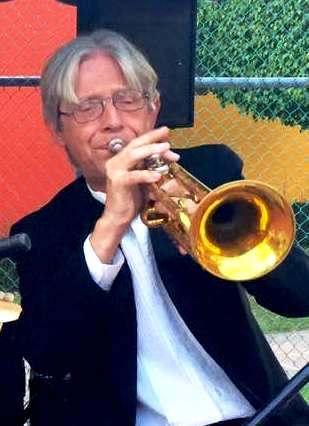 Born December 22, 1957, Barto was raised in Yardley, Pennsylvania. He began playing trumpet in the third grade, beginning on a pathway to a long and distinguished musical career with the devoted support of his parents.

He went on to graduate from Boston’s Berklee College of Music in 1980, where he studied composition and arranging with an emphasis on film scoring. After working at Berklee College for eight years as an instructor of film music, Barto was employed at New Jersey Public Television as a graphic designer and technician between 1988 and 2004, before breaking out on his own as a freelance musician.

In 2017, he founded Barto Digital Music, a music technology company dedicated to the development of high-powered software for creating musical arrangements.

Barto became intrigued by the idea of living in Mexico in 2000 while honeymooning in Cancun following his marriage to actress-musician Susan Ferrari. By 2004 the couple had settled down at lakeside, picking up regular gigs at the now defunct La Tasca and other music venues. His spouse passed away in December 2015.

Barto continued performing locally for the rest of his life, hooking up with virtually all of the area’s leading musicians and various musical troupes as he demonstrated his immense talent in multiple genres, ranging from jazz and Dixieland to rock and country. He played frequently at public events and practically every place that features live music. One of his last appearances was with the Whippersnappers on the closing day of this year’s Chili Cookoff.

Since his unexpected death – in an outpouring of love for a lost colleague – fellow musicians have performed tributes in Barto’s memory at various venues, including La Bodega, Perry’s Pizza and Casa Domenech. They will join together for a musical celebration of his life being planned for Tuesday, March 24, from 4 p.m., at La Bodega.

Preceded in death by his father Wilson Barto Sr., brother Wilson Jr. and his wife Susan, Barto is survived by his 90-year-old mother June Reinmiller Barto, sister Gwen (Wendy) Shoemaker and husband Brent, and other relatives in the United States. He also leaves behind countless friends and admirers at lakeside.