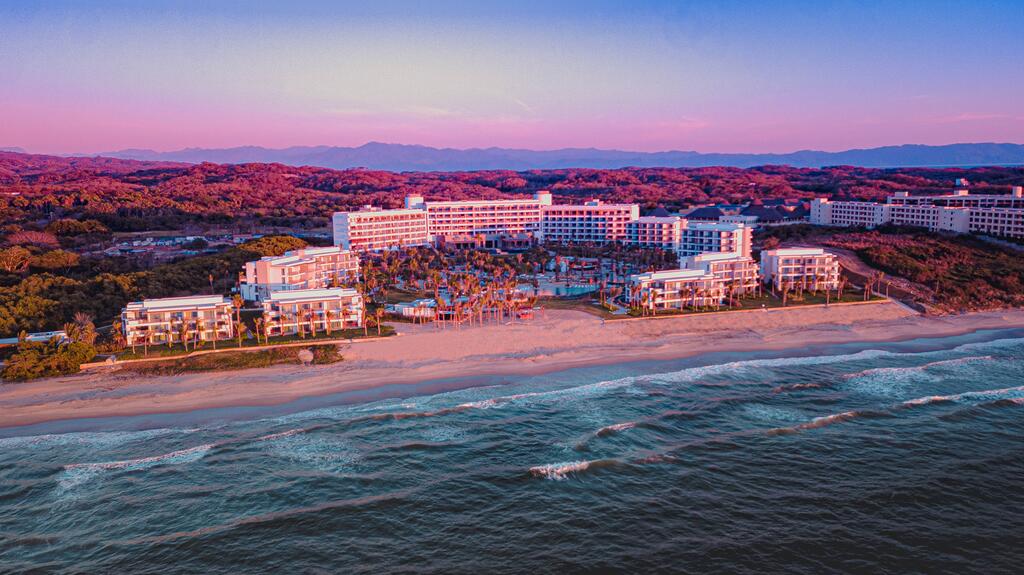 The exclusive property includes 324 rooms, suites and “casitas,” all with views of the ocean. The casitas offer large patios, plunge pools, soaking tubs and outdoor showers.

The resort has three pools, including an adult, lap and kids’ pool, spread out among its vast outdoor areas. Four restaurants and three bars offer a variety of menus. Among them, CODEX, a specialty restaurant, highlights local ingredients and dining experiences such as the “Full Moon Experience,” which includes a menu based on the phases of the moon, and the “Cuuca Hiici Experience,” which incorporates traditional foods with gratitude rituals. The Conrad Spa also has a traditional temazcal (low- heat sweat lodge) and seven cocoon treatment cabañas, which are located among the vegetation and connected by a tunnel of plants and flowers.

Meanwhile, 70 miles further up the coast, outside Lo de Marcos, the One&Only Mandarin, situated on a spectacular clifftop, is preparing for a November opening.

The upmarket resort features 54 free-standing villas that, according to its publicity literature, “float above the treetops” or “perch against the cliffs,” as well as a variety of dining and entertainment areas, a spa, gym and private jetty.  Its developers say botany experts were consulted on the construction of the resort to minimize the impact on the existing natural landscape.