After weeks of playing her cards close to her chest, the state’s new culture secretary, Giovana Jaspersen, held a surprise press conference with Wednesday to introduce the newly selected artistic director of the Orquesta Filarmónica de Jalisco (OFJ), Monterrey-born Jésus Medina Villarreal, who in December guest-directed the OFJ and the Jalisco Ballet in Tchaikovsky’s “Nutcracker.” 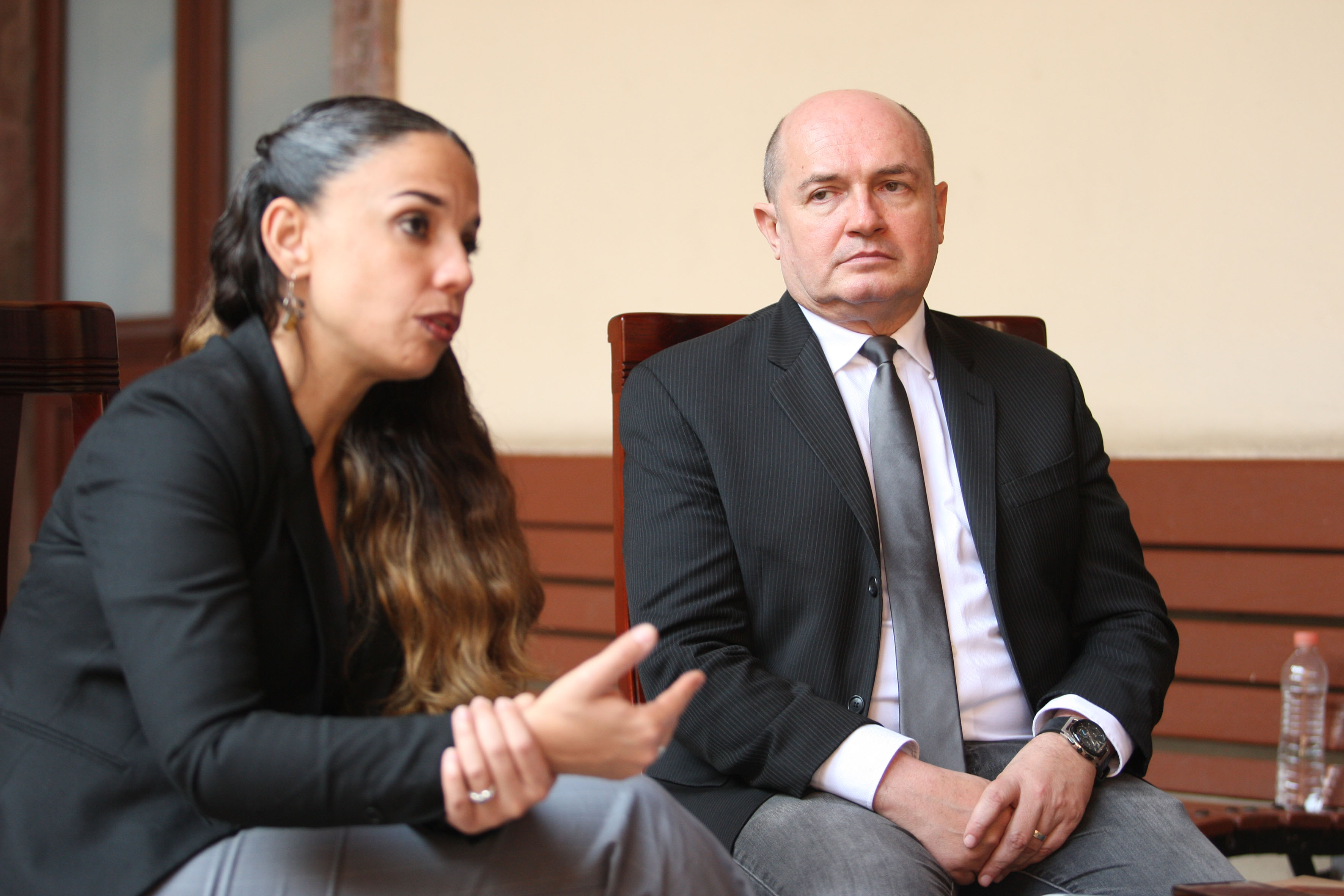 The web pages of the OFJ and Secretaria de Cultura had been conspicuously blank, with no mention of upcoming concerts, since mid-December, when controversial former Director Marco Parisotto’s name and photos were removed.

Christmas vacation and early January were marked by confusion and nervousness among OFJ administration and musicians, some of whom expressed relief about Parisotto’s departure, but feared for their jobs in the new milieu with the radically different, incoming, state leaders of Movimiento Ciudadano (Citizens Movement), who had criticized the cultural moves of the previous administration.

Meanwhile, Jaspersen gave few clues about her plans for classical music, other than meeting with employees of the OFJ, State Choir (Coro del Estado de Jalisco) and others, as well as with other leaders. She has steadfastly pointed to a move away from “elitism” and toward “inclusiveness,” and recently traveled to overlooked parts of Jalisco, such as indigenous Wixárika areas in the north of the state, where she promoted the local crafts and language.

She also announced a budget increase of 22 percent for Culture and, at the same time, a reorganization which prominently mentions projects other than classical music, such as restoration and conservation, an area in which she has notable expertise.

In early January, the orchestra, under the direction of experienced members, reportedly practiced symphonic repertoire daily, all the while casting nervous glances toward the future.

Some orchestra staff emphasized that they were not only afraid for their own jobs, but those of well liked administrators, such as General Manager Arturo Gómez Poulat, who had been strongly identified with Parisotto. However, there was also speculation that the status of the Coro del Estado, the operatic chorus, which suffered the worst of any classical music group under the previous administration, might improve under Jaspersen. The fate of the 127-year-old Banda del Estado (State Band) is thought be relatively secure now, perhaps because of its smaller budget and its conservation of older, traditional music.

In their announcement of Medina as orchestra director, which came almost exactly a month after news about Parisotto’s departure, Medina and Jaspersen reiterated favorite themes – the Orchestra would not remain “closed” inside Guadalajara, but would travel to other cities and perhaps even to malls. They also emphasized that the group’s artistic quality, said to have been high under Parisotto, would not decline, and that the “enchanting” points of the Orchestra’s seat – Teatro Degollado, with its acoustic excellence – would be used to good advantage.

The announcement – done by the Secretary of Culture and the Patronato, the “friends-of-the-orchestra” group that bankrolls paychecks (creating confusion about the orchestra’s identity) — specified that Medina will be paid in pesos, not dollars, as Parisotto was. Likewise, Medina’s salary will be less than Parisotto’s, which had drawn heated criticism.

A tentative date for a first concert of the year, Thursday, February 21, was also announced.

At press time, reaction from local musicians was cautiously optimistic.

“He’s a fine person,” said a singer who worked under Medina in the state of Nuevo Leon, where he was director of the Orquesta Sinfónica de la Universidad Autónoma de Nuevo Leon for nine years. “And he is a good musician – careful to respect the original style of a composition.”

“Hopefully, everything good they say about him is true,” said another musician.

Orchestra musicians, at least those who are Mexican, are said to be happy with Medina’s selection, while musicians from Venezuela, who make up 70 percent of the current players, are understandably nervous about losing their benefactor, Parisotto, even though Venezuelans as well as Mexicans and others were unpredictably fired by him.

The position of the Venezuelans, in many cases desperate to leave their country due to the authoritarian regime of Nicolas Maduro, is not enviable. The orchestra has suffered internal friction since Parisotto threw out Mexican musicians and replaced them with this wave of talented foreigners.

“The choice of Jésus Medina as director of the orchestra was a good one,” opined opera promoter and University of Guadalajara cultural icon Ernesto Alvarez, “although I believe the group’s major problems are others,” such as the number of foreign musicians, the inequality of their salaries and contracts, financial problems and the objectives of the Patronato.