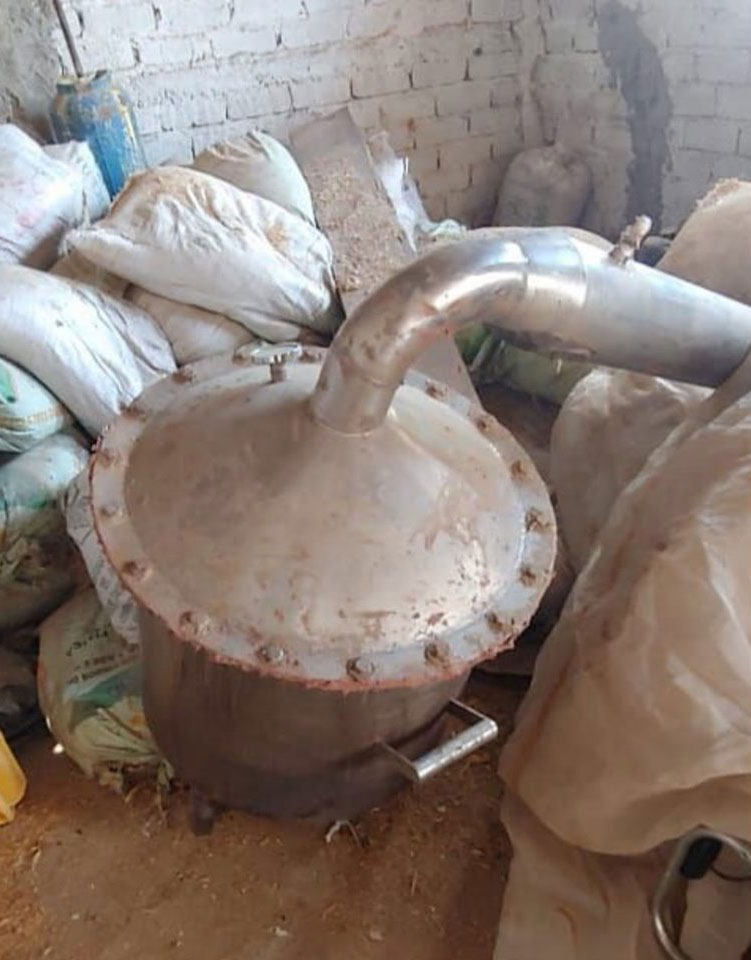 During a routine patrol along a dirt road in the vicinity of the village of Los Cedros, officers spotted three suspicious individuals, one of whom was carrying a firearm.  As the suspects scattered into the brush to escape capture, police in pursuit came upon an apparently abandoned structure where they noted a strong smell of chemicals. Upon further inspection, they found assorted equipment and sacks filled with chemical precursors used to make methamphetamine and other illicit substances.

The discovery of the presumed narco lab was preceded by the confiscation of a 40-liter barrel containing 18 kilos of drug-making chemicals located at an address on Calle Juárez in Los Cedros in late April.

The evidence collected in both incidents was turned over to federal prosecutors for further investigation.

In related news, on April 23 Jalisco’s Ministry of Security reported the detention of a suspected drug dealer in Ajijic by state agents. The man was collared at the intersection of the Carretera and Calle Juárez holding a black bag containing 21 small packages of marijuana and loose weed weighing around one kilo.

Two days later authorities announced the capture of three suspected pushers detained by state police while speeding on the Guadalajara-La Barca highway on the outskirts of Atotonilquillo. The driver was hiding 200 small packets of synthetic drugs in his clothing. His passengers had 370 similar doses between them.