It’s not just low-income sections of the Guadalajara metropolitan area that can be devastated by rainy season woes. 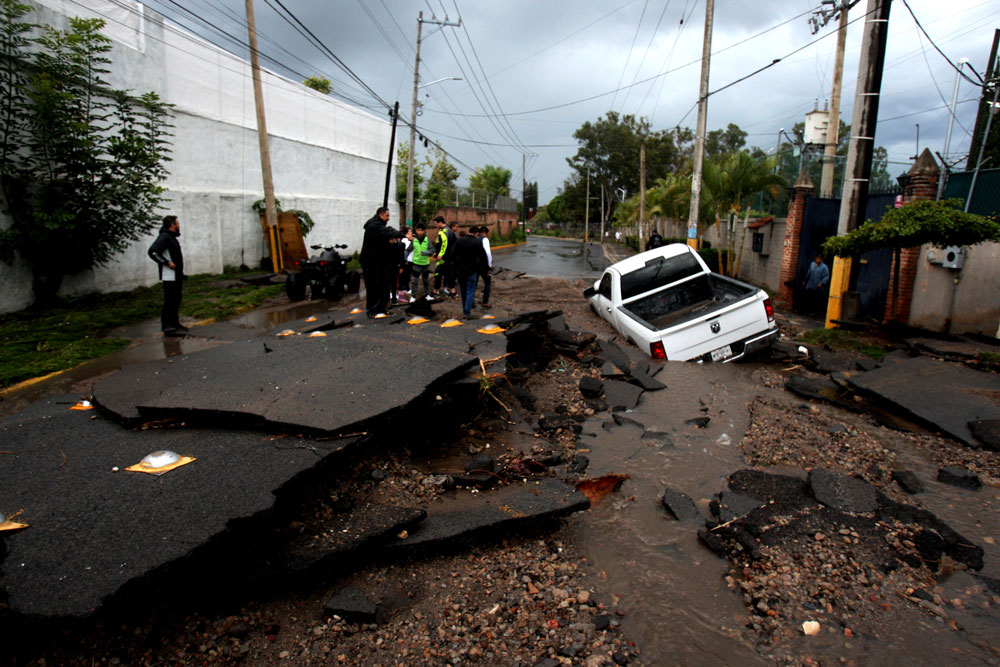 Water mixed withmud, rocks and branches gushed into around 15 plush homes of the Santa Anita golf club complex after creeks in the Primavera Forest hillside broke their banks during a fierce storm last Sunday. Streets in the subdivision resembled fast flowing rivers, while several holes of the course were transformed into lakes.

Civil Protection officials said the avalanche swept through perimeter walls surrounding several zones of the Bosques de Santa Anita colonia, as well as San Agustin. The force of the torrent lifted recently laid asphalt on Boulevard Santa Anita, making it impassable.  Avenida López Mateos and the Camino Real a Colima were also affected by the flooding. No injuries were reported.

Residents speculated that construction of new fraccionamientos (subdivisions) close to the Primavera have altered the natural flow of storm rain runoff, and  are to blame for the flooding.  Aurelio Martinez, a former president of Santa Anita Golf Club, said he has never witnessed such scenes before. “They have to stop giving permits to developers. We are destroying nature,” he told Spanish-language daily Mural.

Tlajomulco Mayor Salvador Zamora promised a full investigation into potential construction irregularities. And while teams got to work removing sediment in the creeks, he said 50 million pesos is urgently required to construct better gabions that can stabilize stream banks or slopes against erosion and prevent further flooding, in addition to other measures to prevent repeat incidents.