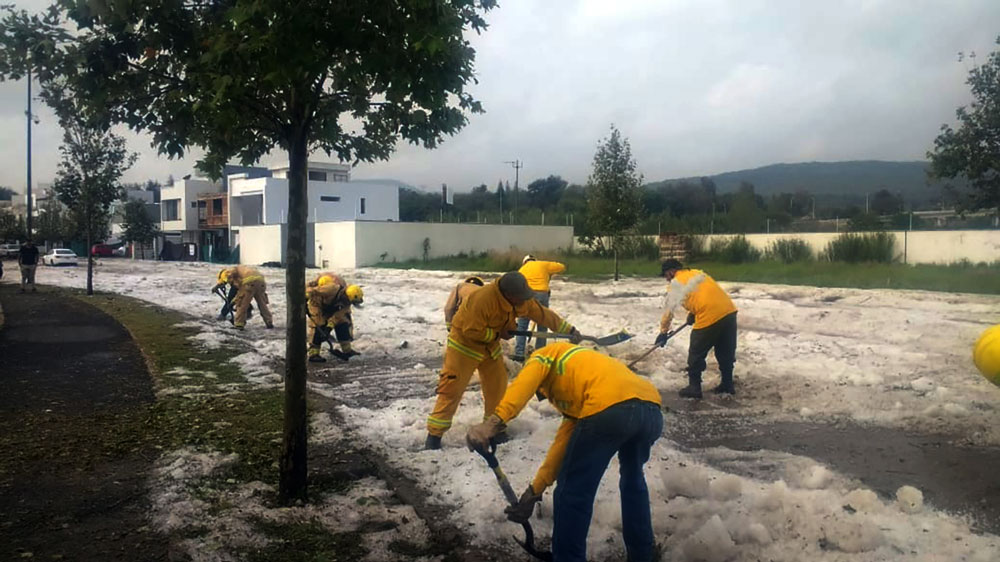 In addition, authorities said more than 100 homes were inundated during a fierce afternoon storm that rampaged across a large portion of the metropolitan area.

Zapopan city hall has asked permission to tap into state and federal emergency funds to help the storm victims, some of whom saw all their household belongings destroyed.

The Rancho Contento golf course was completely carpeted in sheets of ice. One neighbor said the ice was 30 to 40 centimeters high in some places, and that he had never seen such an occurrence in 20 years living in the subdivision.

A carpet of hailstones also covered the Carretera a Nogales at the entrances to Rancho Contento and Bosques Vallarta, forcing many motorists to abandon their vehicles on the highway.

Rubén Aguirre of the University of Guadalajara Meteorology Institute said  granizadas (hailstorms) are not uncommon after a period without rain, when the ground heats up and a humid mass of air passes through a zone.

Other key points of the city paralyzed by flood waters included the underground retornos on the Periférico at Avenida Mariano Otero, and the Periférico Sur Tren Ligero (subway) station.