According to state authorities, approximately 830 homes in the Jalisco municipalities of Cihuatlán, La Huerta, Tomatlán and Puerto Vallarta were affected by flooding during the passing of tropical storm Narda up the Pacific coastline late Sunday and early Monday. 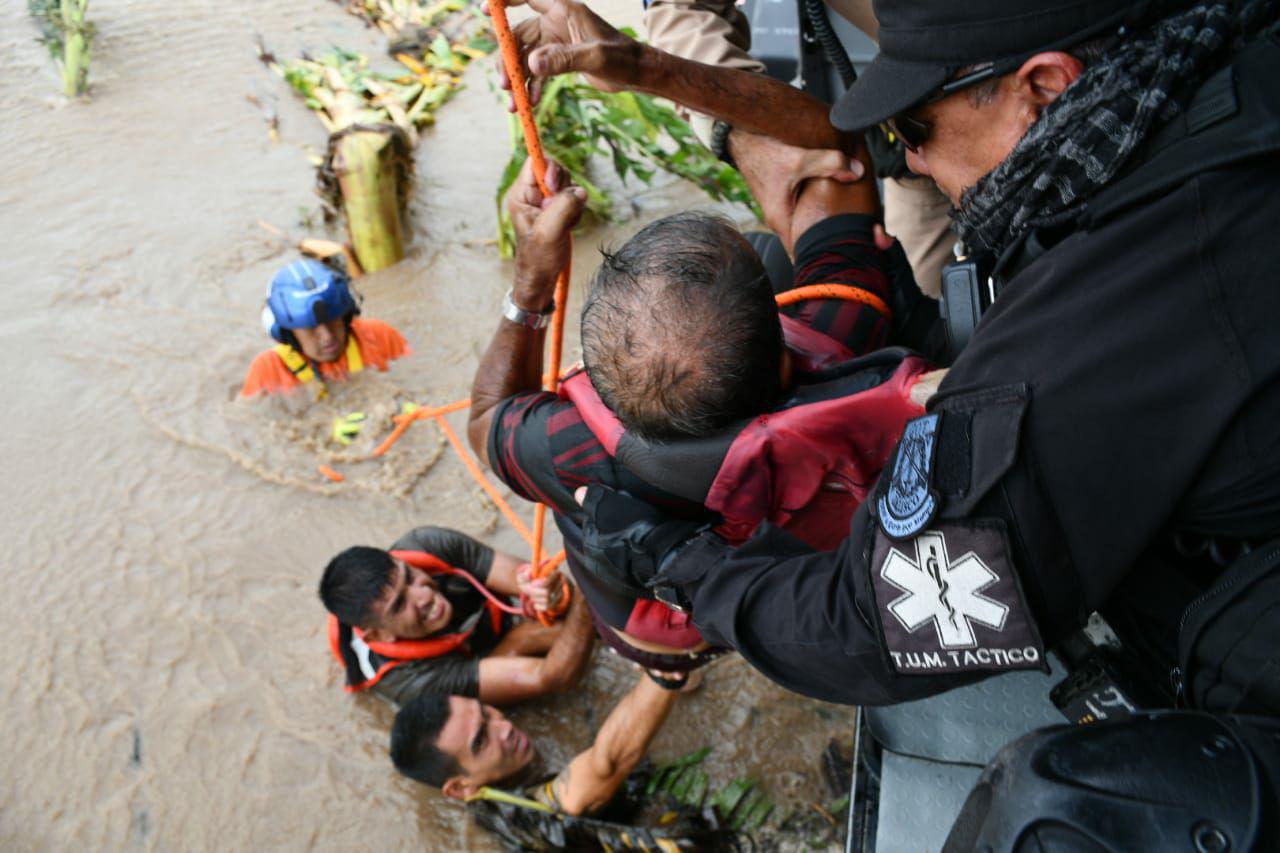 Four rivers, the Yelapa, Cuale, Marabasco and Aquiles Serdan, overflowed their banks, and emergency personnel rescued at least 20 people from life-threatening situations, according to Jalisco Civil Protection.  A police helicopter was mobilized to assist in the rescue of six persons in the El Resbalse community of Cihuatlán.

A 66-year-old man died in Yelapa after suffering a fall in his home during the storm.

A landslide at kilometer 90 on Highway 200 blocked traffic.

State and municipal authorities opened eleven shelters in La Huerta, Tomatlán, Cihuatlán and Puerto Vallarta to house all those affected  by the storm. At press time, 300 people were still taking advantage of the shelters.

Prior to the storm’s passage, authorities evacuated 250 residents from Chamela in the municipality of La Huerta and 200 in El Resbalse.

Schools closed Monday in 29 Jalisco municipalities in the coastal region, affecting 194,956 students, according to the State Education Department.  The measure was extended to Tuesday, and most schools reopened their doors on Wednesday. 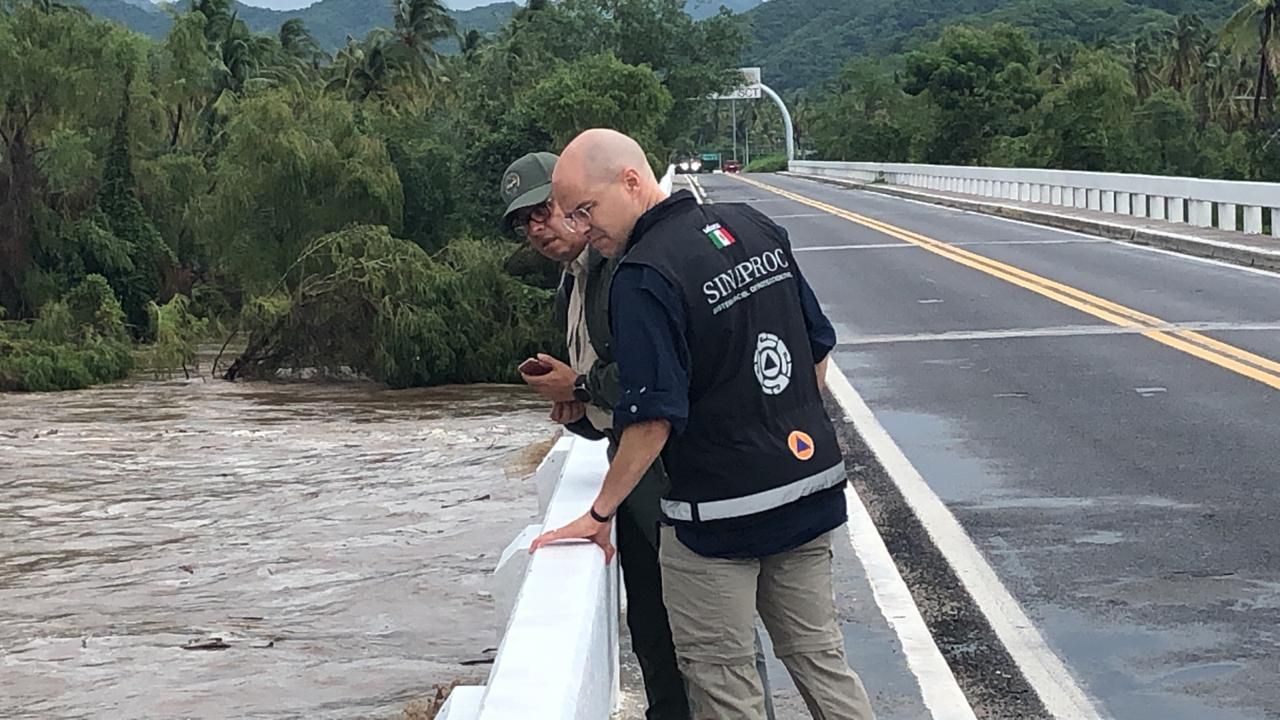 More than 250 emergency personnel from various state and federal agencies have been working in the region to evaluate damages and offer support to the affected population.

As soon as the storm subsided, the Jalisco Family Development Agency (DIF) began the task of delivering supplies to those in need.  Some 10,000 packages had been hanaded out by Thursday, DIF staff reported.

Tropical Storm Narda also left a swath of flood damage in other states as it made its way up the Pacific coast past the states of Oaxaca, Michoacan and Colima, and on to Nayarit and Sinaloa.

Lazaro Cardenas in Michoacan experienced severe flooding, and municipal authorities in the port city said they will seek “state of emergency” status to qualify for disaster funding relief.