Locals and tourists enjoying the charming ambience of Tlaquepaque’s centro last week were astonished when a group of men appeared in the leafy Plaza Hidalgo and calmly dumped a corpse wrapped in a blanket on a park bench, and then strolled away as if this kind of thing was normal behavior. 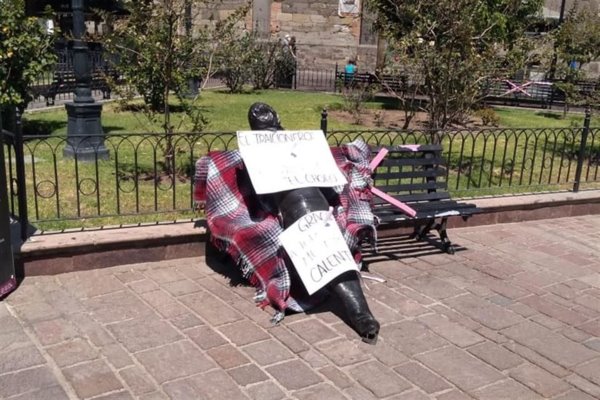 The perpetrators used knives to attach cartel warning messages to the grisly bundle.

Authorities turned up soon after people in the plaza realized what was inside the blanket and called 911.

Jalisco Attorney General Gerardo Octavio Solís later confirmed that the victim was the second-in-command of a splinter group from the Jalisco New Generation Cartel (CJNG), known as “El Cholo.”

Earlier that morning a video had been posted on Twitter showing El Cholo being interrogated by six well-armed, masked individuals, in which he confessed to dumping bodies in clandestine graves.

Solís said El Cholo had been shot in the head.