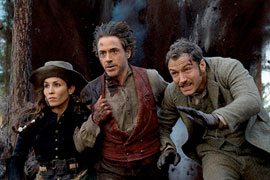 A criminal mastermind without a conscience, Moriarty is Holmes’ worst nightmare — a man who uses his incredible intellect for unspeakably evil purposes. When the Crown Prince of Austria dies and Inspector Lestrade rules the death a suicide, Holmes steps back to see the big picture.

But little does Holmes realize that Moriarty is about to commit a crime that will shock the entire world, and that solving it may be the death of him. 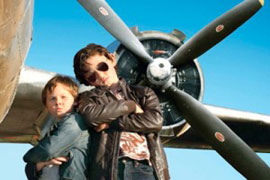 The Runway is inspired by the true story of a South American pilot who landed his plane near Mallow in Ireland’s County Cork, in 1983.

A devoted Muslim family man experiences a hilarious identity crisis after discovering that he was adopted at birth, and his real name is Solly Shimshillewitz. Mahmud Nasir is still grieving the recent death of his mother when he finds his birth certificate, and learns he was born to a Jewish mother. In order to embrace his heritage, Mahmud seeks the advice of drunken cab-driver Lenny, whose crash course in Judaism is more quirky than kosher. Director: Josh Appignanesi. Cast: Omid Djalili, Richard Schiff and Archie Panjabi. Time: 1:45. 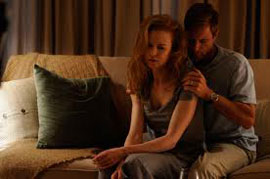 A married couple find their relationship on life support following the devastating loss of their young child. 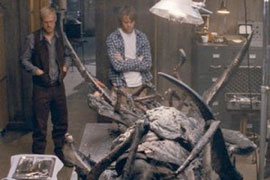 An American paleontologist and a team of Norwegian scientists fight for their lives against a shape-shifting extraterrestrial that can perfectly mimic any living creature in this prequel to John Carpenter’s 1982 horror classic.

Upon receiving word that the Antarctic research team has unearthed an alien craft, paleontologist Kate Lloyd joins the group to explore what secrets the ship might hold. Though by Kate’s estimation the creature inside the spaceship has been dead for centuries, it has actually just been lying dormant in the ice. Perfectly preserved, it has awaited the day when it would finally be freed from its frigid prison. Suddenly revived during a crucial experiment, the malevolent alien begins methodically mimicking each member of the crew undetected. As paranoia among the crew begins to intensify, it’s up to Kate and the crew’s helicopter pilot, Carter, to make sure the extraterrestrial menace is exterminated before it has the opportunity to escape or humanity’s days may be numbered. Director: Matthijs Van Heijningen Jr. Cast: Mary Elizabeth Winstead, Joel Edgerton, Ulrich Thomsen, Eric Christian Olsen, Adewale Akinnuoye-Agbaje. Rated: R. Time: 1:48. 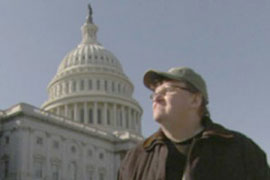 Twenty years after his influential debut, Roger & Me, Michael Moore returns to his roots by pulling back the curtain on capitalism to reveal the insidious role it has played in the destruction of the American dream for many people in this Oct. 2009 Documentary showing Monday, December 5, 4 p.m. at Cine del Lago in Ajijic.

Back in 1989, auto workers in Flint, MI, were lamenting layoffs and wondering how they would support their families without jobs to pay the bills, or benefits to ensure their health. Flash forward two decades, when cities all across the country are feeling the same pressures that Flint residents were back when GM left them high and dry. With an average of 14,000 U.S. jobs lost every day and taxpayer money constantly being pumped into failing financial institutions, the question must be asked: how long can this go on before the entire system collapses? Is there really any hope for Americans who are losing their homes to foreclosure and seeing their savings get wiped out at an unprecedented rate? In order to seek out an answer to this question and many more, Moore takes a trip to our nation’s capitol, engaging average Americans in conversations about the prospect of repairing America’s failing, debt-ridden economy along the way. Director: Michael Moore. Cast: Michael Moore. Rated: R. Time: 2:07. 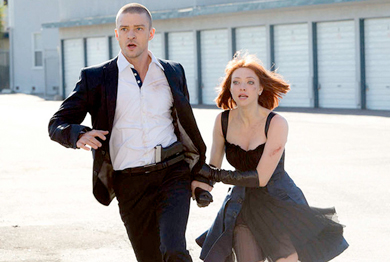 When scientists unlock the secret to immortality, time becomes the new currency and one desperate man comes under attack from a mysterious group known only as the “Time Keepers.” In the not-too-distant future, scientists have discovered a way to turn off the aging gene. As the threat of overpopulation looms over society, money becomes a thing of the past. Now, assets are measured in time; those with the most time also possess the most power. Meanwhile, the lower classes are forced to barter with the new elite if they want to live forever. Suddenly a young commoner stumbles across a treasure chest of time. With the “Time Keepers” in hot pursuit, however, he may never get a chance to use it. Director: Andrew Niccol. Cast: Justin Timberlake, Amanda Seyfried, Cillian Murphy, Vincent Kartheiser, Olivia Wilde.  Rated:PG-13. Time: 1:55.