June 1 is the date that Mexico pays homage to members of the nation’s Navy and all people dedicated to activities carried out at sea. 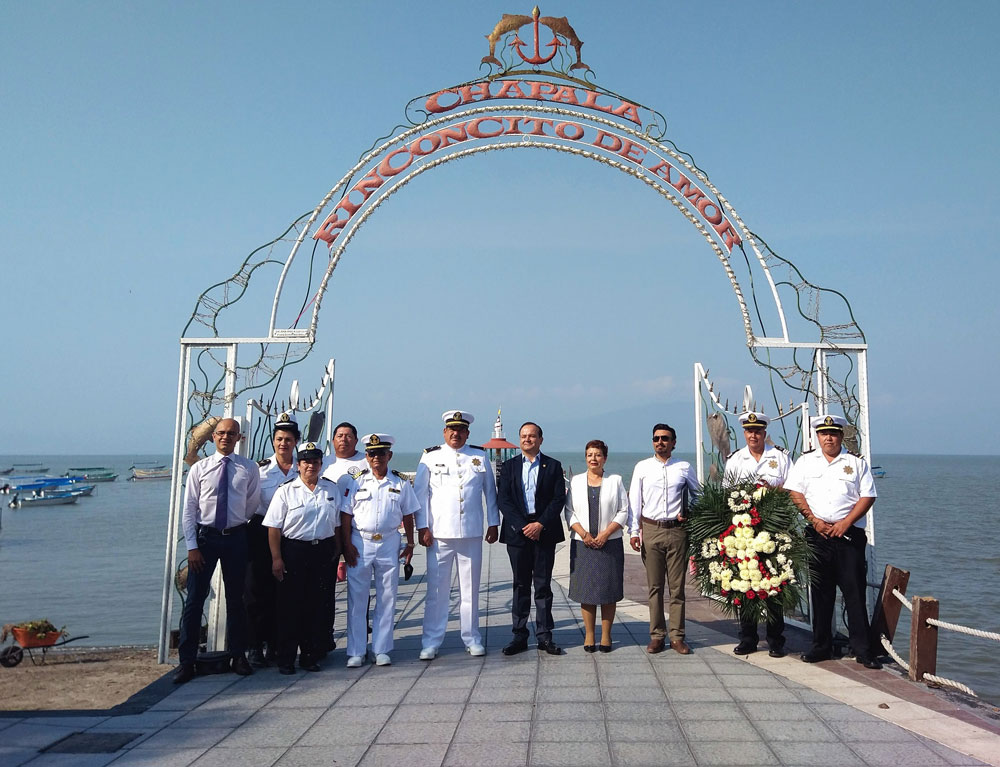 Chapala, as an inland port, likewise customarily marks the occasion with a public ceremony and a tribute to those who have lost their lives in the waters of the nation’s largest natural lake.

Called off since the outbreak of the Covid-19 pandemic, the 2022 Día de la Marina commemoration kicked off at the waterfront Malecón at 9 a.m. sharp. Dignataries on board at the presidium included Chapala Harbormaster Rafael Netzahualcóyotl Narez Armenta and Mayor Alejandro Aguirre Curiel.

Gathered in the audience were staff from the local Capitanía de Puerto office, members of the Chapala tour boat pilots cooperative and a group of junior high students.

Among special guests was Luis Jorge Ochoa Ochoa, returning to where he served two terms as Chapala Harbormaster. Given a spot to speak at the podium, he recited from memory a lengthy poem about life at sea, its joys and perils.

Following the formalities, participants walked down the Malecón for the traditional boating excursion during which a floral memorial wreath is cast into the water in remembrance of those who have drowned in the lake.

The boatsmen also carried out their custom of tossing new members of the cooperative off the pier for a jolly sort of baptismal bath.