In “The Quality of Life,” two cousins and their husbands reconnect after each experiences devastating loss, and they discover that their opposing perspectives help them find peace.

Filled with compassion, honesty and humor, this play explores the divide between living, dying and the freedom to decide your own fate.

The play is by Jane Anderson and directed at LLT by Collette Clavadetscher. Amanda Timmis is stage manager.

Weekday evening shows are 7:30 p.m., weekend matinees at 4 p.m. Tickets, 350 pesos, are available at lakesidelittletheatre.com and at the box office Wednesdays and Thursdays, 10 a.m. to noon during opening week and the week of the show’s run, or one hour before curtain. 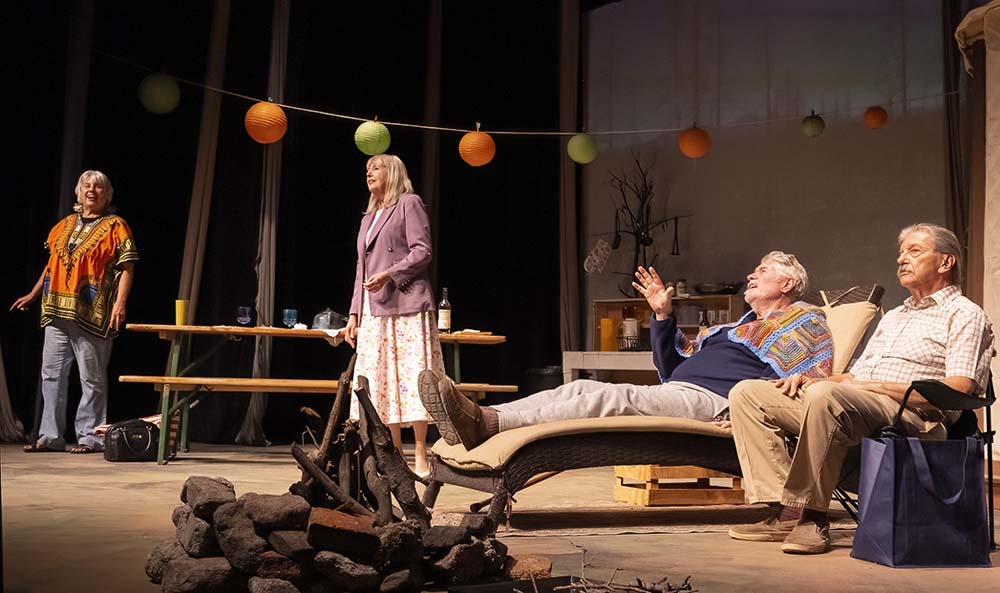 Jazz group Snow Trío will perform their own arrangements of pieces, not only from the jazz genre but from others, at the Centro Cultural Gonzalez Gallo, Sunday, January 15, 12:30 p.m.

The sound combination between the members of the group that plays with styles between rock, jazz and classical music has led them to form a very different ensemble that aims to bring these genres closer to the public in a fresh and original way, making them popular with multiple audiences.

Tickets for these shows, 500 pesos for VIP and 350 for general seating, are available at the LCS office or at lakechapalasociety.com.

Ajijic Society of the Arts holds its third Thursday get together January 19, 4 to 6 p.m. at La Bodega Ajijic. No agenda, just fun. Meet ASA member artists. 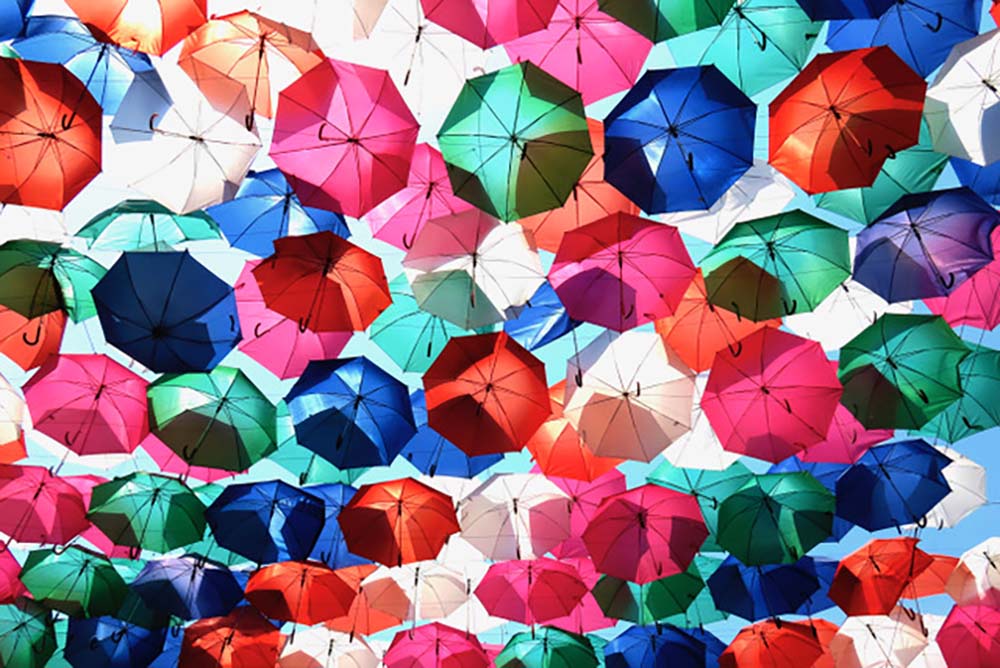 The Lake Chapala Fine Artists Guild is holding an inaugural two-day exhibition beginning Friday, January 20, 2 to 6 p.m., with a special “Meet the Artists” event from 4 to 6 p.m. Exhibition hours are Saturday, January 21, 10 a.m. to 4 p.m. The event is being held at a private home in Ajijic: Robina’s Art house, Carretera  128, Ajijic (in La Floresta, west of the new auditorium, on the opposite (north) side of the street. The house has a turquoise wall).

The Lake Chapala Fine Artists Guild is a relaunch of the original Lake Chapala Painting Guild established in 2011. The new group’s focus has been expanded to include additional fine art mediums besides painting—but does not include handicrafts.

Galeria Monica Cardenas will hold an exhibition of the works of the late George Rauch, an Austrian painter who lived at lakeside for more than 40 years. His granddaughter Pina Rauch will present his last remaining oil paintings available in Mexico. The exhibition is Saturday, January 21, 10 a.m. to 3 p.m. San Antonio Tlayacapan Plaza 2B. Information: 333-178-3672. 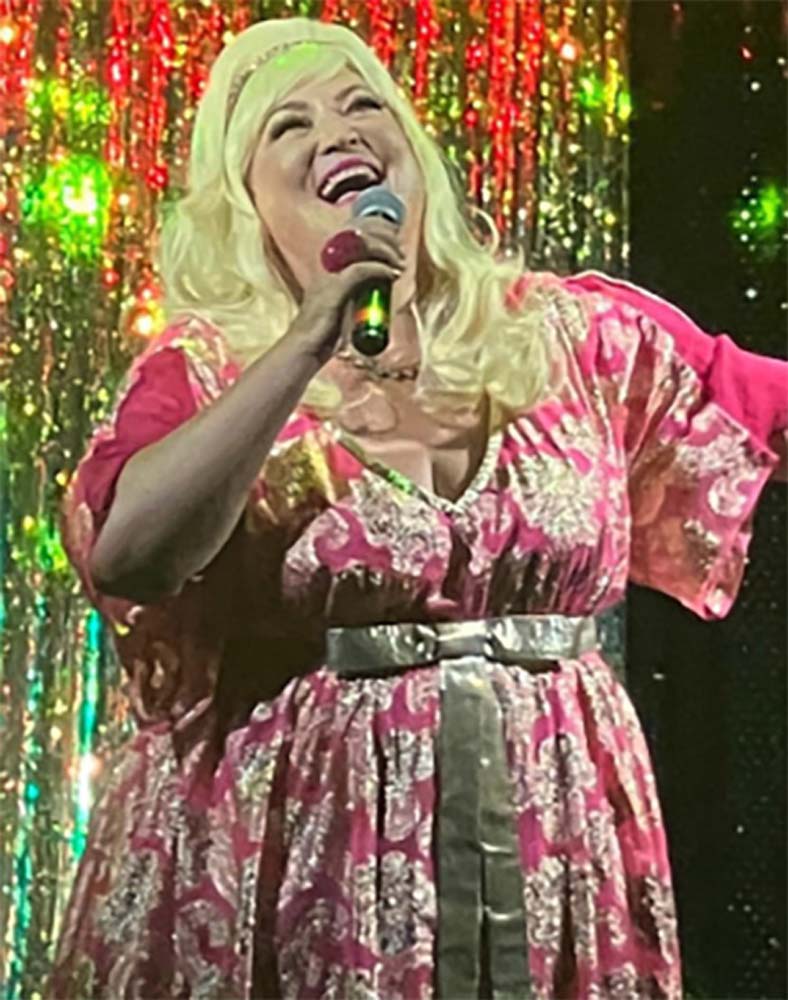 A well-known practitioner of Canada’s theater of the avant-garde, this is a fascinating version of Daniel MacIvor’s most successful play to date. It is a character-driven drama set in Cape Breton. Three deliciously different adult sisters gather together to await the death of their mother. Agnes “the unconventional one”, has returned from Toronto where she has found more disappointment than success as an actress. Theresa, “the good one,” still lives at home and has found religion to ease her bitterness, while Louise, “the strange one” and the only one of the three not to be named after a saint, lives her life through her favorite TV programs.

In this humorous and touching story, the three sisters attempt to sort out their lives and to come to terms with what they wanted to be and what their mother wanted them to be.

The Marion Bridge of the title is a rural community in Cape Breton and its bridge crosses the Mira River, one of Nova Scotia’s longest and widest rivers. Marion Bridge was made famous through a popular Canadian song written by Allister MacGillivray, entitled “Song for the Mira,” which contained the refrain:

“Can you imagine a piece of the universe, More fit for princes and kings? I’ll trade you ten of your cities for Marion Bridge,
And the pleasure it brings.”

Darlene Sherwood is making her directing debut with Bare Stage. Prior to this, she has performed in “Paradise Lost” and “Assisted Living.” Her cast, Linda Goman, Sharon Jarvis and Gisele Phipps, have each performed with Bare Stage this season. Their dynamic as sisters promises fireworks as they work through old conflicts and reveal family secrets. “Marion Bridge” was nominated for a Governor General’s Award.

Show dates are Friday, to Sunday, January 27 to 29. Curtain at 4 p.m. Tickets are 200 pesos to join in the fun. Reserve at This email address is being protected from spambots. You need JavaScript enabled to view it.

Bare Stage Theatre is at Carretera 261 on the mountain side, across from the Catholic Church in Riberas del Pilar. Door and Bar open at 3 p.m.; seats are held till 3:50 p.m. Auditorium curtains will be open for air flow. Facebook/barestagetheatre2018.