My friend Jorge Monroy, one of Mexico’s best-known watercolorists, grew up in the town of Ejutla, located about 100 kilometers southwest of Guadalajara. “In the area,” he told me, “there’s a small mountain called El Narigón, The Big Nose, on top of which they have found a great many beautiful rocks. 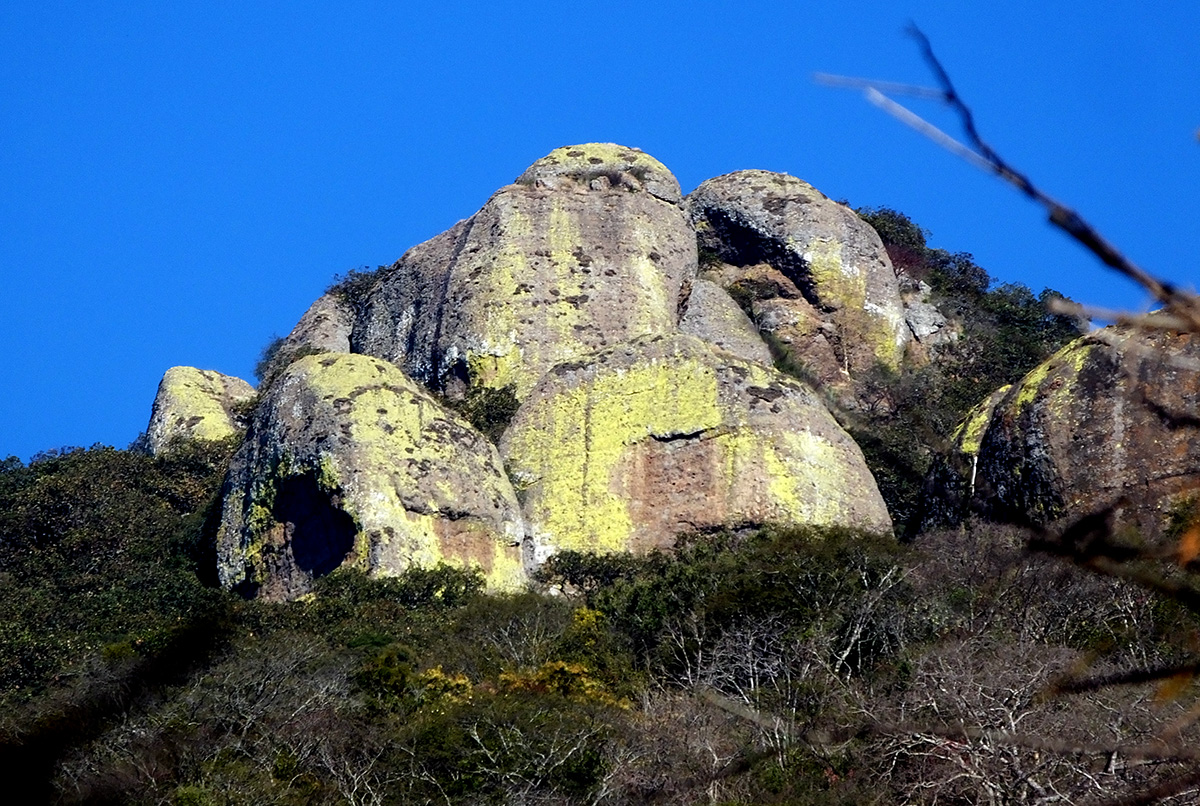 The easiest way up is from the little town of El Limón, and that’s where I want to take you next weekend.”

A few days later, there we were in El Limón, gazing up at El Narigón.

“See that rock up at the very peak?” said Marcela Michel, the local yoga teacher. “We call that La Casa de Piedra, The Rock House, because there’s a huge shelter cave up there and that’s where we’ll be eating today.”

To me, the Rock House looked awfully high and awfully far away. “We’re going to hike ‘way up there?” I asked, a bit surprised because Jorge had asked her to take us on “una caminata fácil,” an easy hike.

True to its name, the trail first took us through thorny scrub which, however, became less and less “feo” the higher we climbed, but also grew steeper and steeper. Fortunately, I had brought along two bottles of Electrolit, my favorite hydration choice by far, invented and made in Guadalajara, by the way.