Violence, corruption, reform?  Over the ensuing years, historians may be divided as to which word best characterizes the six-year presidency of Enrique Peña Nieto, which comes to a conclusion in less than three months’ time. 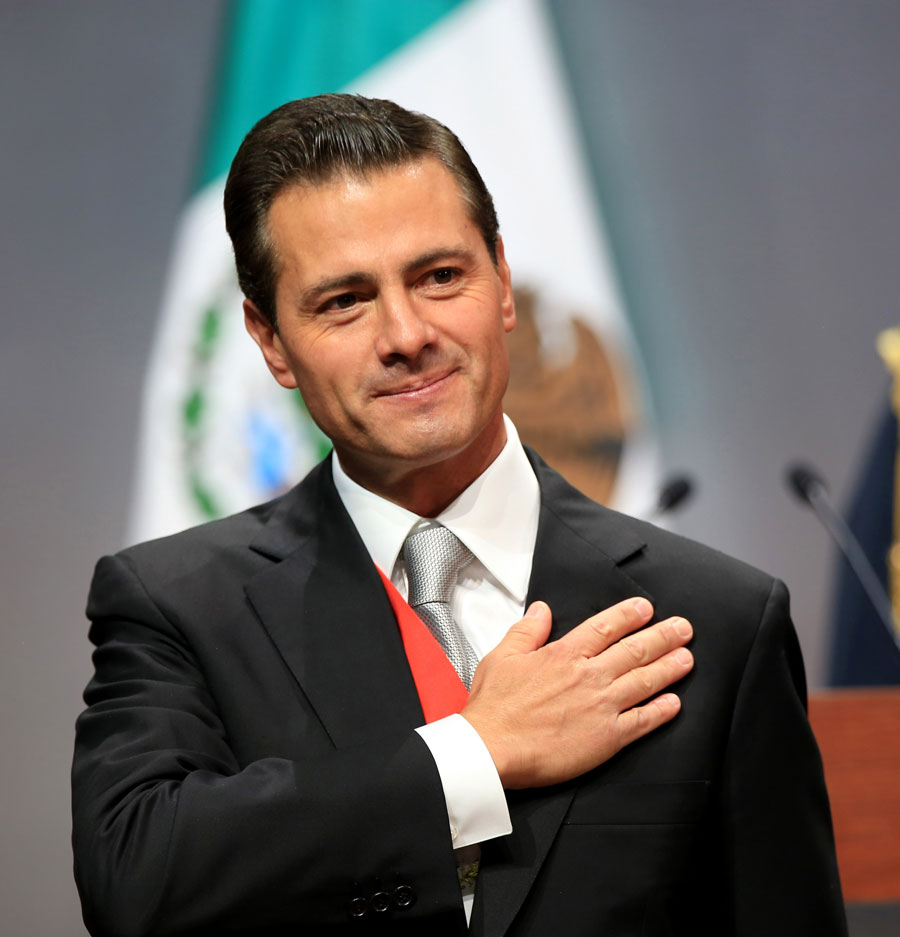 With the December 1 changeover approaching rapidly, Mexico’s chief executive this week delivered his final state-of-the-nation report, el informe, in which he highlighted his administration’s successes in improving the nation’s infrastructure over the past six years, but acknowledged its failings in finding solutions to the country’s escalating wave of crime and violence.

In a 90-minute speech at the National Palace attended by more than 1,000 guests, Peña Nieto painted a portrait of a “prosperous and stable” nation that had undergone a “profound transformation in multiple spheres,” while admitting his failure “to achieve the peace that we all desire.”

Lauding his presidency as the “sexenio del empleo,” Peña Nieto pointed to the creation of four million jobs as proof that his economic polices have borne fruit.  His claim that two million Mexicans have been lifted out of extreme poverty thanks in large part to the Cruzada Nacional Contra el Hambre social welfare program – targeting the most needy members of society – is open to interpretation and was quickly refuted by opposition politicians following the speech.

The bottom line numbers, however, are less supportive of Peña Nieto’s insistence that the economy fared well under his watch. The peso devalued by almost 50 percent during his term and annual growth has averaged around a meager  two percent – nothing like the five percent he promised at the start of his presidency. The public debt has also risen by 12 percent, to almost 45 percent of GDP.

Peña Nieto singled out the “plurality” and openness involved in the development of the major reform packages passed in the early part of his presidency, most significantly in the energy, education and telecommunications sectors. He noted that the reforms were approved by a Congress lacking a single party majority, with “processes that incorporated the voices of civil organizations and the citizenry in general.”

The president stressed the importance of modernizing an educational system that he said was being held hostage by “personal and illegitimate interests”  – i.e. the nation’s powerful teachers union. Thanks to the reforms, he boasted, advancement in the teaching profession is now solely based on merit, effort and preparation.

While Peña Nieto described the reforms as the “most important” aspects of his presidency, their continuity is in doubt. During the campaign, president-elect Andres Manuel Lopez Obrador promised to revisit the educational and energy reform bills, although he has held back from saying he intends to scrap them entirely. The fate of another major project started under Peña Nieto, the new Mexico City airport, also hangs in the balance, while Lopez Obrador determines whether the private construction concession should continue or be rescinded due to illegalities in the bidding process.

During his address, Peña Nieto attempted to deflect some of the blame for the increasing criminal activity in Mexico away from the federal government.  “[We] have been successful in the reducing the capacity of the [large] criminal organizations. But weakening them has prompted smaller ones to emerge, and local police have not had the capacity to respond,” he said.

The number of homicides registered in the final year of his administration is expected to surpass 30,000.  Research suggests impunity for criminals is at an all-time high and that the rampant levels of insecurity throughout the country, coupled with some high-profile cases of political corruption, were significant factors for the abysmal showing of Peña Nieto’s party, the Institutional Revolutionary Party (PRI), in July’s elections.

In an administration plagued by allegations of corruption, many observers were puzzled why this issue hardly figured during the speech.  The president failed to mention – or apologize for – the conflict of interest scandal involving a $US7 million residence built for his actress wife, Angelica Rivera, and did not touch on the missing 43 students from the state of Guerrero, believed to have been murdered by a criminal organization with the involvement of law enforcement. The federal government’s inept handling of the case saw Peña Nieto’s favorability ratings drop to record low levels, from which they never recovered.

The most emotional part of the speech came when Peña Nieto thanked his wife and their children for their support during the past six years.  Both the president and the First Lady wiped away tears during this segment.

The full informe is published in a 750-page document that will be evaluated and discussed by lawmakers over the coming weeks.

- Mexico’s tax base increased by 78 percent.

- Direct foreign investment to the tune of $US192 billion, and commitments for another $US200 billion in the energy sector

- Lower electricity costs for the majority of households, elimination of long-distance telephone charges, 80 million people now with access to the Internet

- The construction or modernization of 6,400 kilometers of highways