Founder and publisher of the Colony Reporter, Bob Thurston, writes in his Potpourri column: With last week’s issue of the Reporter we finished our seventh year of continuous publication.

That’s about as solemn an occasion as you can well imagine, but we had trouble keeping it in mind. Seven years ago we started the Reporter with a desk and a typewriter and a loan for the office rent from an incredibly trustful friend. We figured it might work. Well, it has, for seven complete years now, but one never knows. The Reporter has grown a lot in seven years, but we are at pains to let the gods know it. Who knows. Here today, gone tomorrow. So forget the birthdays, eh?

The Reporter has been blessed with some remarkable advertisers, many of whom have run the same ads without change for years. Such ads become institutions. The reader counts on them, and we count on them.

Speaking of readers, the Reporter has about the best there are. A lot of them think they own the paper and what greater reader interest could any editor want?

Reporter readers are hard taskmasters, we have found out, but they can be generous and heartwarming too.

“Please renew my Colony Reporter subscription,” a reader in Little Rock, Arkansas, recently wrote us. “It’s the only paper that comes into this house that hasn’t any ‘news’ in it. It makes us feel good.”

It’s taken seven years to achieve a newspaper without news in it; seven long years; but worth it, every bit.

The House of Deputies (Congress) is working on legislation to reduce or possibly abolish television advertisements for alcoholic beverages. Figures in a recent study show Mexico to be fourth on the list of countries with the largest consumption of alcohol in the world and the number two spot in Latin America. One half of the crimes of violence and 60 percent of the auto accidents in Mexico were attributed to misuse of alcohol. One half of the country’s alcoholics were said to be between 14 and 28 years of age. Other related statistics were equally eloquent.

A few weeks ago the leader of the National Confederation of Campesinos (CNC) called for control of liquor advertising and deputies of all political stripes were reported to be supporting the motion. The government’s agency for radio, television and cinema quickly offered to cut back the liquor commercials on its Channel 13, but this sacrifice earned faint praise in some quarters. The move was only to stave off legislation that would abolish the ads completely, said critics, and the reduction was nothing more than the national drop-off which follows the holiday season. Newspaper columnist Luis Pazos’ bitter comment was that Channel 13 could well afford the noble gesture since its losses are subsidized by taxpayers.

One-sixth of Guadalajara’s energy requirements could be supplied from underground geothermal deposits in the nearby Primavera Forest, say officials from the government-owned Federal Electricity Commission (CFE). 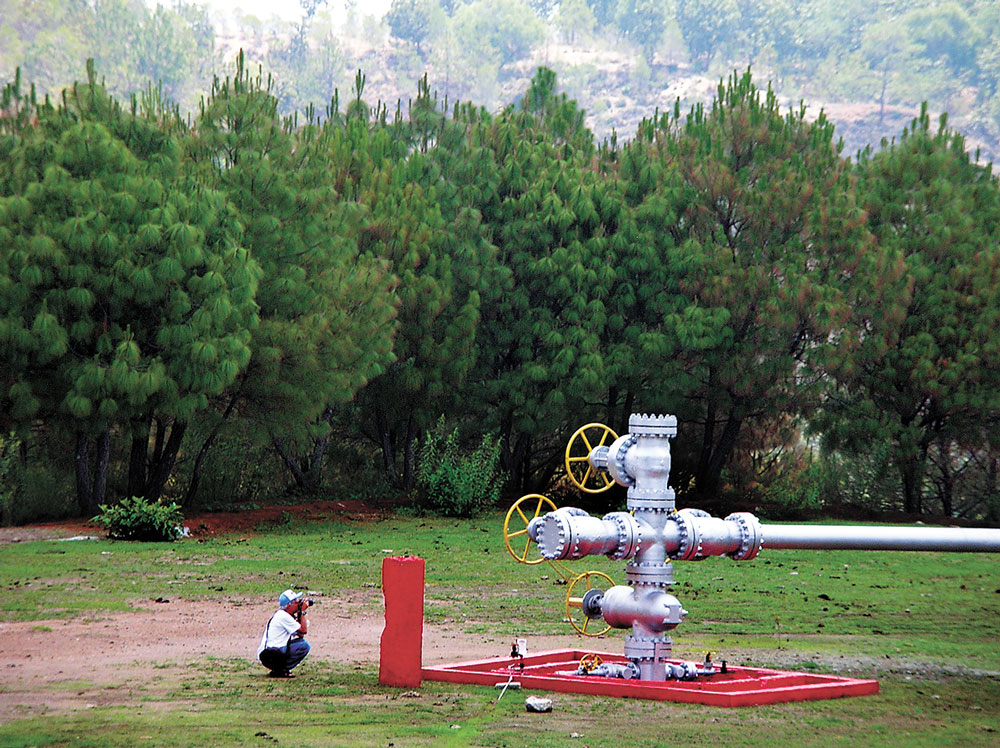 But during eight years of exploration (from 1980 to 1988), the CFE failed to generate a single watt of electricity from the federal nature reserve, and was accused of causing massive soil erosion, threatening endangered animal species, dumping toxic waste material in the Salado River and destroying more than 3,200 trees.

Now, saying it has repaired the ecological damage to the Primavera, the CFE is launching a major campaign to salvage its 40-million-dollar investment by trying to persuade Jalisco Governor Guillermo Cosio Vidaurri to reverse his May 1989 decision to suspend the project.

The CFE has proposed drilling another 20 wells in the Primavera. The new wells will be equipped with advanced technology that limits the possibility of noise and vapor contamination, says the CFE.

Although the CFE has replanted 105,000 pine tree seedlings and plans to plant another half a million more, ecologists argue that continued erosion and felling of mature trees in the forest could have a dramatic effect on the region’s climate. The Primavera acts as Guadalajara’s lungs by producing oxygen and regulating the city’s humidity and temperatures.

(Editor’s note: in 2020, the CFE budgeted 566 million pesos to reactivate this geothermic project and has a green light to exploit the area during the next 30 years.)

A young couple bought a cat in Andres Lechuga’s Animal Cave pet store in Guadalalajara. However, they say the kitty they purchased January 8 is now consuming almost two whole chickens a day. What should they do?

General Manager Lechuga is used to such questions. After all, he used to share his bed with a Bengal tiger, so he knows this couple’s lion cub is hardly a handful — yet.

Lechuga’s exotic pet store appears to be the first of its kind in Mexico. While the 1,500 reptiles and kangaroos have yet to arrive, the shop is already home to baby crocodiles, guacamaya birds, a monkey, flamingos and Canadian geese, among other species.

All the animals have been bred in captivity around humans and therefore are easier to train, says Lechuga. None are taken from the wild, as that practice is prohibited by Mexican law. Many of the animals carry a microchip between their shoulder blades which contains an identifying number that corresponds with the one on registration papers.

Each animal comes with a double guarantee of health from the original home and from Animal Cave.

In case one decides that the wild nature of one’s pet is unmanageable, a deal can be made wherein the animal is returned to Lechuga’s breeding farm in Guanajuato (called Fauna Internacional).

“I can’t close the store and go on vacation for a week. I love my animals, but it’s a 24-hour job,” says Lechuga.

Jalisco smoking ban to kick in

Legislation banning smoking in public spaces (including restaurants and bars) came into effect throughout Mexico August 28, 2008, but in Jalisco most establishments ignored the law. The Jalisco Health Secretariat (SSJ) was criticized for not enforcing the law, but argued that it was the federal government’s responsibility. The Federal Sanitation Protection Commission (Cofepris) made the occasional half-hearted swoop to fine businesses, but most bars, clubs and hotels saw no real commitment on the part of the government and continued to permit smoking.  That changed this week.

The SSJ announced that bars, restaurants, nightclubs, hotels and similar establishments will be checked on a regular basis to see if they are enforcing the federal smoking ban.

The renewed effort follows an agreement between federal and state authorities that mandates the SSJ (via its Sanitary Regulation Department) to carry out the checks.

In the first month of the program, owners of establishments visited will be given 15 days to make their businesses smoke free or create a closed-off smokers’ area. Sanctions will be applied on the second visit if there are still violations.