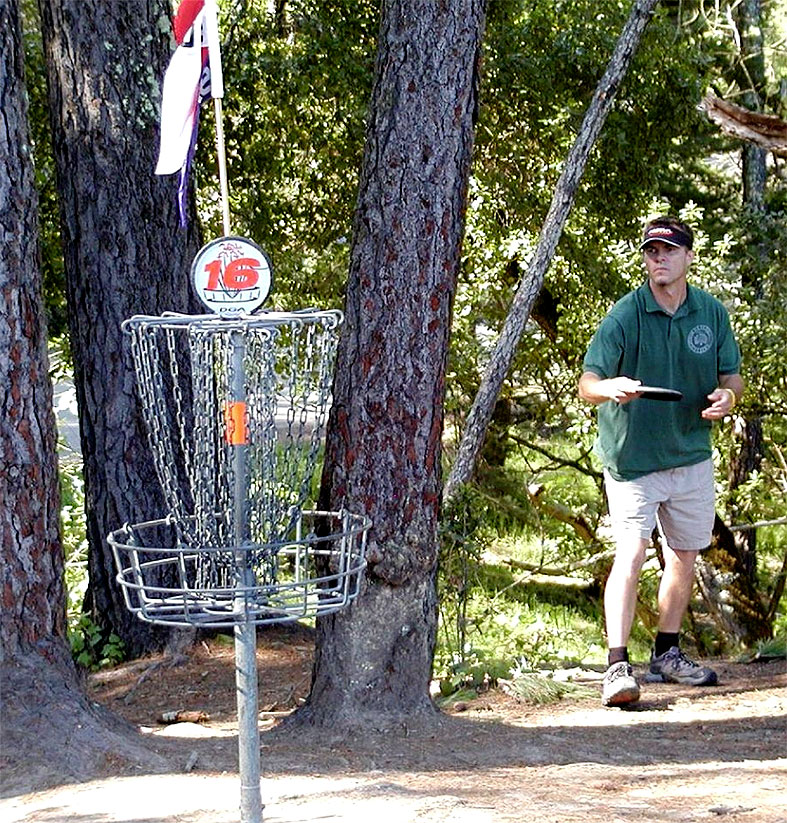 Disc golf (occasionally called Frisbee golf or frolf) is a flying disc sport in which players throw a disc at a target. It is played using rules similar to golf, often on a course of nine or 18 holes. Players complete a hole by throwing a disc from a tee area toward a target, throwing again from the landing position of the disc until the target is reached. Usually, the number of throws a player uses to reach each target are tallied (often in relation to par), and players seek to complete each hole, and the course, in the lowest number of total throws.

The game is played in about 40 countries and currently there are over 115,000 active members of the PDGA worldwide (as of 2018).

The Parjaretes tournament is a two-day event with 54 holes of golf planned. August 3, players will meet at 7:45 a.m. to hear PDGA rules before the 8:05 a.m. tee time for a round of 18 holes in an amateur PDGA sanctioned event. Trophies will be given for the first three places for Men Senior (50+), Men (under 50) and first and second places for women of all ages.

The afternoon singles event on Saturday is also 18 holes, ending in time for a little glow disc fun. Players meet at 6 p.m. Tee time is 6:20 p.m. Half of the 100-peso fee will go toward the players’ picnic to follow, while the other half will be paid out as per PDGA standards.

Pajaretes (made from alcohol-laced raw milk) are available to all players over 18 years of age.

Sunday, a doubles tournament players meeting begins 8 a.m. with an 8:20 a.m. tee time.  Cost is 100 pesos, half of which goes toward the pajaretes before play (breakfast of champions) and the other half paid out according to PDGA standards.

Teams will be assigned based upon the results of the previous day’s singles scores. Best with worst and meet in the middle.

Registration: This email address is being protected from spambots. You need JavaScript enabled to view it. or call 331-604-5701. All paid and registered players receive a player’s package. Registration is 295 pesos per person (cows free).