Members of the community who use the court at Ajijic’s Encarnacion Rosas primary school to play pickleball when the school is not in session have been making regular purchases to help the institution with its needs.

In the past, they have provided various kinds of sports equipment (soccer balls, volleyballs, nets), as well as Spanish-English dictionaries.

This year, they were able to paint the lines for playing pickleball and as a result have increased donations from players. 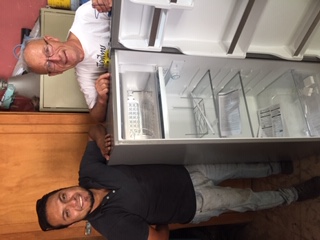 “We have now purchased a desired refrigerator for the primary school,” reports Rodger Ericson, donations coordinator. “The refrigerator will enable the children to have cold milk and to preserve fruits and vegetables that are given to the school. It eliminates a lot of walking back-and-forth by parents and makes lunch more enjoyable.”

This week, players and helpers made arrangements to clean the aljibe (underground water tank), which has not been cleaned in many years because of a lack of funds. 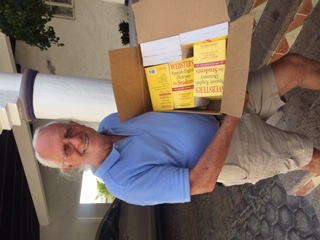 In addition, Ericson says, some of the trees on the primary school grounds that are in danger of falling will be trimmed and electrical needs are being repaired in the computer room. “The pickle ball player donations will be helping to finance computers, monitors and upgrades for the secondary and if possible the primary school as well,” he says.

Adds Ericson: “It is an example of what we can do together with the local community in a win-win situation.”