I have to confess that I was pretty smug about being able to deal with summer in Mexico. After all, I grew up on the shores of Lake Erie, worked on the family farm, and went to sleep in a house with no air-conditioner.

I knew all about hot, humid and sweat.  Bring it on Mother Nature, I’m ready. Oh, how this past summer humbled me. I didn’t know a puddle could walk, but that’s what I was all of August and September, a human puddle. I became a fan of the thunderstorms that would break the cycle for a few hours. Unfortunately, one of those storms became Hurricane Lorena and once again La Manzanilla took a hit. We were spared the destruction that Patricia caused a few years ago, but once again trees were torn from their roots, roofs vanished, and the streets were turned into fast moving rivers.  Our beach is still covered with rocks and debris left behind by the ocean’s wrath.  Not to worry though, cleanup crews are working steadily to have our pueblo “shipshape and Bristol fashion” for all to enjoy.

You can’t stop progress but ...

An OXXO arrived in La Manzanilla this past summer and all the “moaning and groaning” didn’t stop it.  However, the loudest complaint, and most totally justified one, was the light pollution the building was creating. Not only was the towering sign brightly lit, several huge flood lights were mounted on the roof shining up into the sky in all directions. Homes on the hills were flooded with the blinding lights, not only throughout La Manzanilla, but in Boca de Iganuas as well.

Seriously folks, I am pretty sure that the astronauts on the Space Shuttle would have had no problem finding the store.   As well as being a complete nuisance, these floodlights have the potential to harm the fragile ecosystem of the mangrove starts in our town, just one block away from the OXXO store.

Our mangrove has been designated as a “RAMSAR protected wetland.”  It also has one of the very few – and largest – crocodile populations in Mexico. A letter writing campaign was spearheaded by Anneli Fogelberg, who has done extensive research on the dangers of light pollution.  Residents of the town, both Mexican and expat, rallied together and sent their concerns to both the executive board of OXXO and to Adan Israel Mendoza Rodriguez, the mayor of La Huerta. Before a month was over, the floodlights were turned off, proving that the pen can truly be more powerful than the sword. 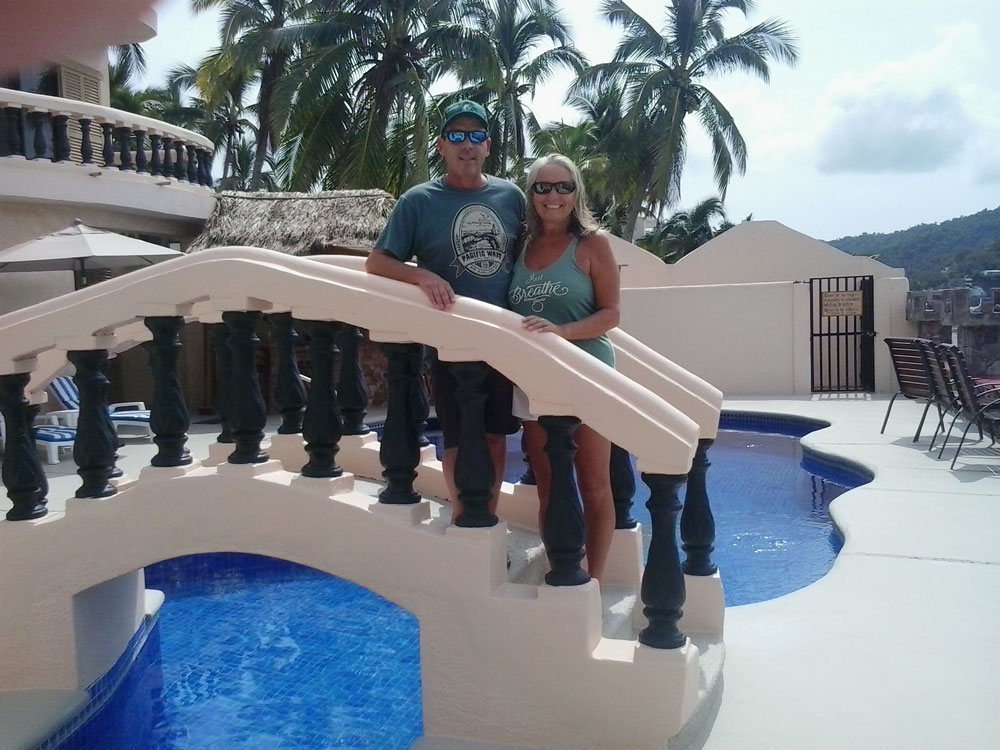 A much needed service

Businesswoman and new mom Laura Lynch, the owner of The Lab Cafe y Bebidas, recognized a need for a day care center for the working mothers of La Manzanilla – a safe place with nutritious meals, age appropriate recreation and group playtime at reasonable rates.

After weeks of paperwork, building evaluations and insurance qualifications, Lynch obtained one of the most complexes of business licenses.  So “COCODRILITOS” Centro de Atencion Educativa opened its doors.

The day care center employs seven local residents who are certified in CPR and emergency exiting. Twenty-one children, age one month to six years are registered and attend on varying days.

Donations of toys, Spanish books or cash are always appreciated. When asked if her son Aden was a primary factor in her decision to open a day care, Lynch said he was definitely a factor but not the only one.  She had observed the struggles that mothers of young children had encountered when seeking employment.  The idea of opening a day care center had been a vision of hers since opening The Lab.

New faces on the beach

Back in 2011, life partners Sherene Kendall and Ken Petryk arrived in La Manzanilla from Salmon Arms, British Columbia.  The aura of the town captured them as it has so many people. They returned for a vacation over the next few years, each time yearning to be able to stay longer.

Two years ago they actively began searching for property to buy, whether a lot to build on, or an established vacation resort.  Steve Page, a long-time resident and owner of Castillo Chulada, assisted them with the real estate available in the area. Returning last November for Petryk’s 50th birthday celebration, Page informed the couple that he was putting Castillo Chulada (Coolest Castle) up for sale.  Negotiations went on through the winter and on May 1, the couple took over possession of the property.

The resort has four rental suites, plus living accommodations.   A large swimming pool with bar accommodation faces the ocean, while the back yard is a serene tropical paradise.  Rentals are already booked a year in advance, and the resort is often used as a “destination” for weddings, quinceañeras and other events.

Kendall will be hosting meditation gatherings on the beach this season. There will be a Reiki Immersion Retreat, April 17-23, offering daily attunements and workshops, yoga, meditation and reiki.   For more information, email Castillo Chulada Rentals@castillochulada or see their Facebook page.

The high season is just beginning to get under way, but lots of activity is happening already, with plans of much more in the coming weeks.

Magnolia’s Kitchen & Drinks,  located at Calle Blanca 43, is open and ready to serve up some great new recipes for both food and drinks. Chef Alex and her staff never disappoint!  Magnolia’s and The Lab will host the 13th Annual and Final Holiday Market and Fundraiser.  The date is set for  Friday, December 13, 6 p.m. to 8 p.m.

Mark your calendar for January 21, for the 2nd Annual White Gala Ball.  More information coming in the following weeks.  You don’t want to miss this!