It isn’t often that I venture out of my bubble to try a restaurant in a distant zone of Guadalajara, much less in an industrial area. 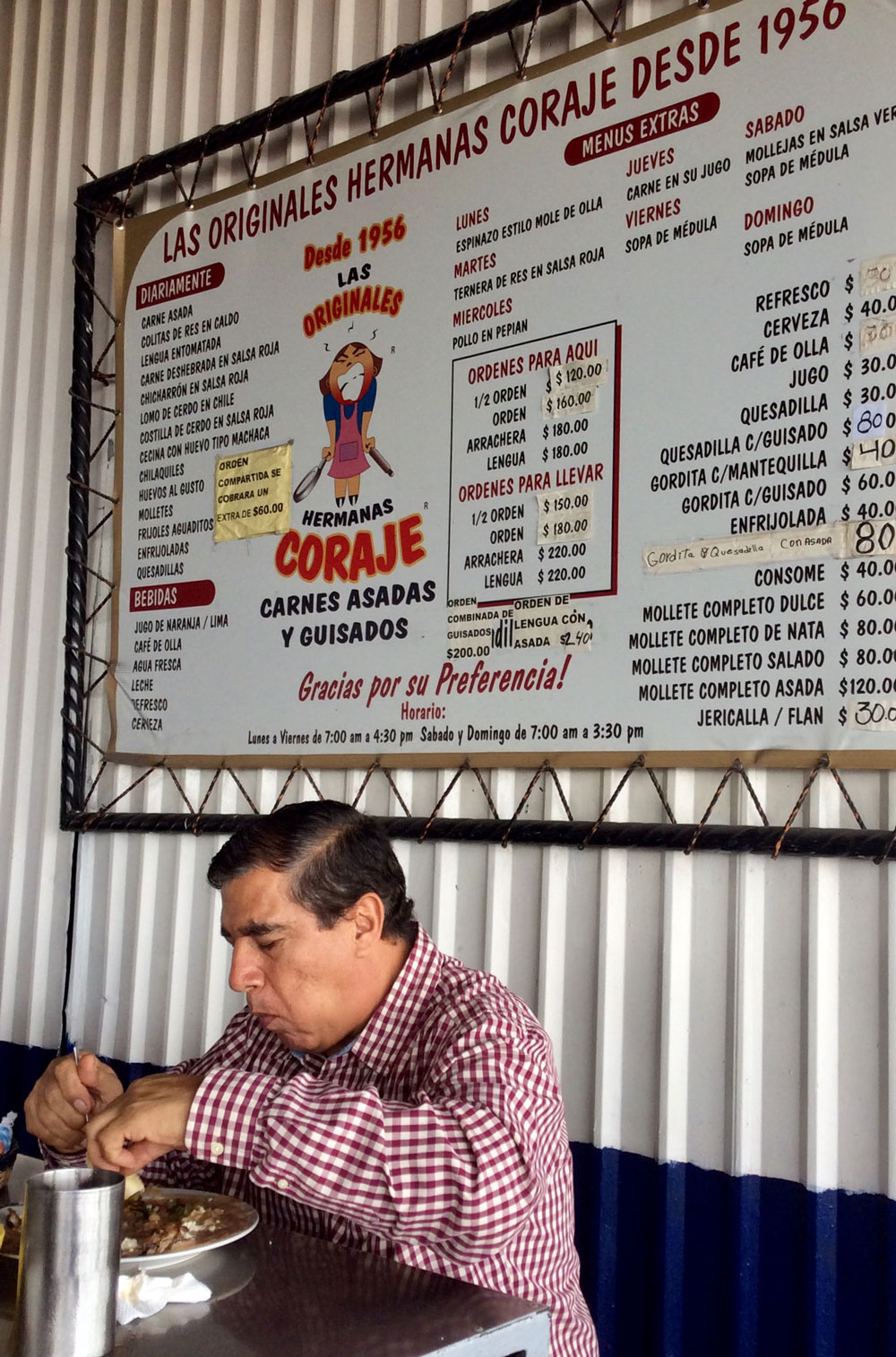 But Las Hermanas Coraje – my best stab at translation is The Angry Sisters – besides having an intriguing name and the promise of a good meal from 7 a.m. until they close at 4:30 p.m. most days, was recommended by a food-savvy Mexican friend for an interesting story that would give me something to sink my teeth into besides breakfast.

The first challenge was figuring out which of the four similarly named restaurants that Google presented was the recommended one. The internet presence of Las Hermanas Coraje is a bit sketchy but after some calls, finally to 33-3619-2735, which yielded an Uber-able address better than the unadorned “Chicago” that Google first turned up, I was off and running to Calle Chicago 1280, Colonia La Aurora (or Colonia Ferrocarril). This is located in Guadalajara’s sprawling train area, which, as it turns out, sports streets named after U.S. cities, such as Washington, New Orleans, New York and even my hometown, Detroit!

If you were to conclude that this weak presence on the internet suggests that Las Hermanas Coraje is not a sophisticated place, but instead a very traditional Mexican eatery, you would be correct – with the exception of their Coffee-mate, which I cannot believe is traditional in any sense.