A cargo train passing through the Guadalajara metropolitan area collided with a city bus that, according to its driver, had lost its brakes.

Eight passengers were injured in the incident, which occurred at the intersection of the rail track and avenidas Enrique Diaz de Leon and Inglaterra. 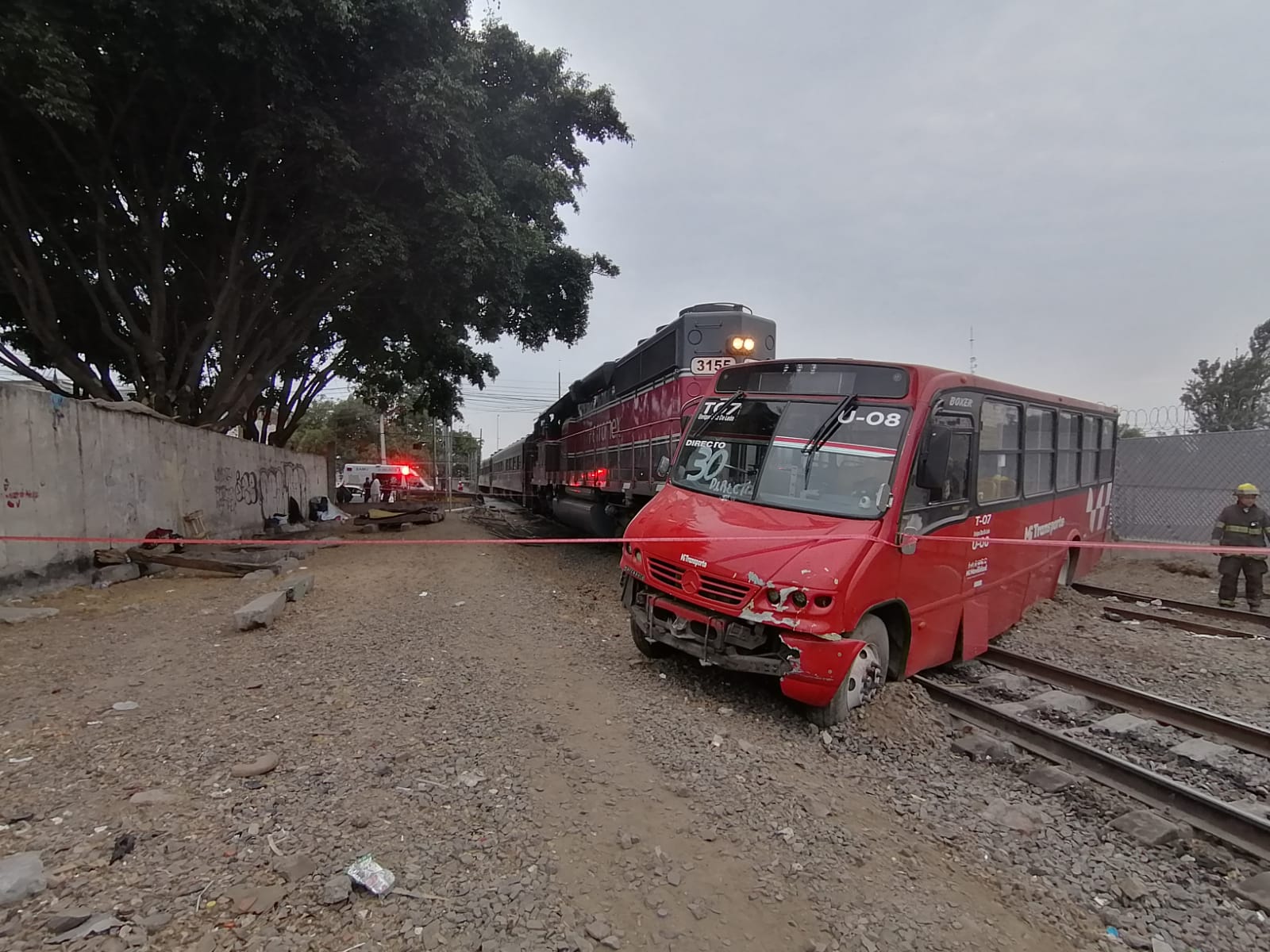 Passengers said the locomotive fortunately was not traveling at high speed but nonetheless dragged the bus for 50 meters before coming to a halt. Although barriers have been installed at various times in the past, they have mostly malfunctioned, and suffered from poor maintenance.