A plan to “reorder” the mish-mash of overhead cabling on Guadalajara’s streets might seem an impossible task, but that is exactly what Jalisco state legislators are seeking to do. 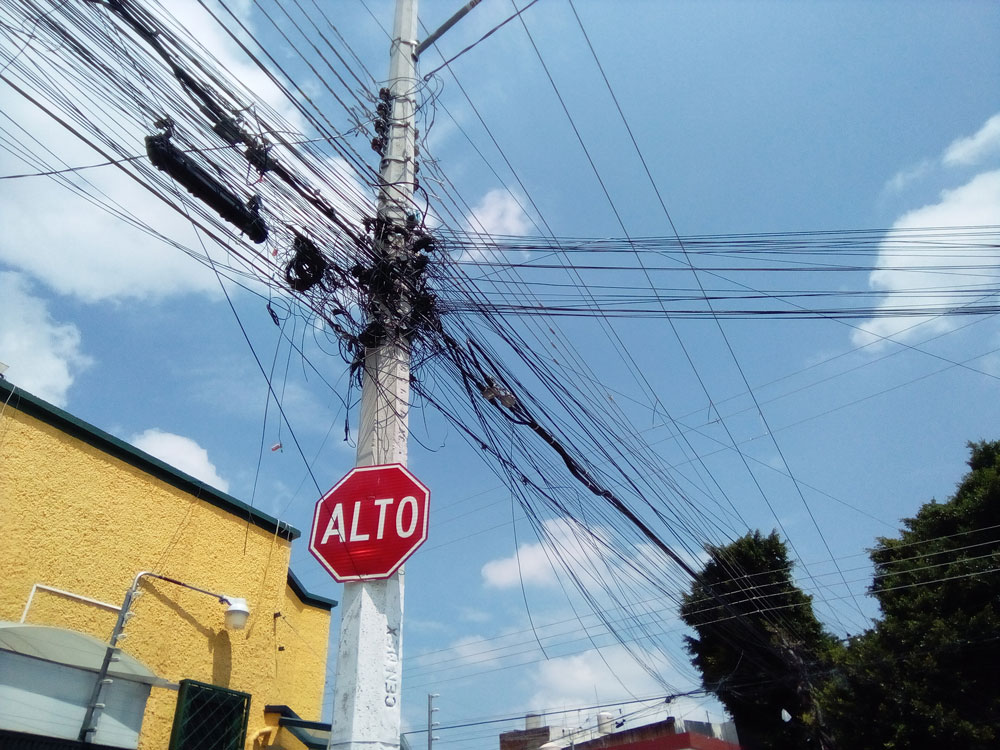 Look upward on most streets in Guadalajara and you will see telephone and cable TV wires competing for the same space as power lines, usually strung up together via the same utility poles.

Although most new developments place lines underground, the majority of the cabling on residential streets in Guadalajara is above ground, making cables prone to deterioration, and in the case of electricity lines, outages.

“We aim to prioritize the installation of underground cabling,”  Romo said. “We have (already) approached municipalities and obtained a good response to solve this problem.”

Although Romo said he expects the Jalisco Congress to come up with a “master plan,” it is not clear whether the emphasis will focus mostly on new installations, or will also include underground relocation of existing overhead electricity, cable TV and telephone equipment.