The United States will pause on Saturday to mark the 20th anniversary of the September 11, 2001 terror attacks that killed almost 3,000 people. 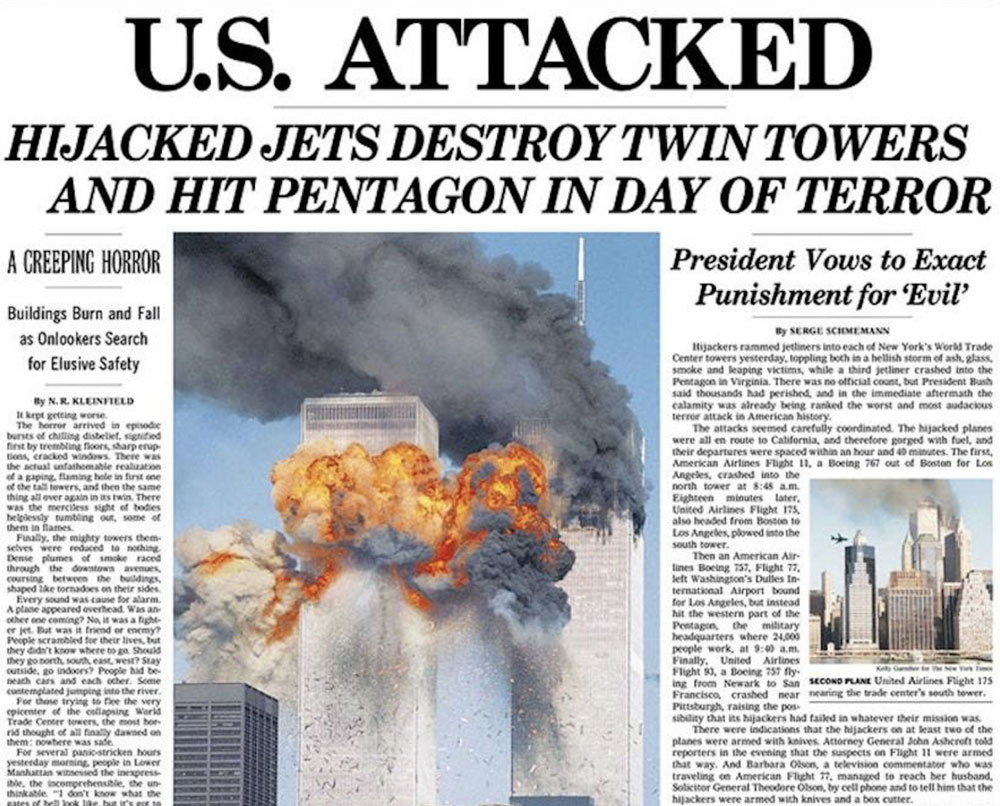 The dramatic events of 9/11 would reshape how Americans thought about the rest of the world, their own personal safety and their fellow citizens. Nothing was to be the same again. Those who are old enough will likely recall exactly where they were and what they were doing when they heard the news. For expats in Mexico, most of them far from their loved ones, it was a distressing time. Thankfully, Mexicans rallied round, offering their customary warmth and support. Here, we reprint one of the articles published in the Reporter’s edition of September 15, 2001, titled “Mexico suffers alongside U.S. friends.”

The terrorist strike on U.S. civilian and military targets left Mexican citizens as numbed as Americans.

Government officials, including Jalisco Governor Francisco Ramirez, wasted no time in condemning the attacks and expressing his solidarity with the people of the United States.