If three phases of trials go according to schedule, Mexico could be rolling out its own Covid19 vaccine by the end of 2021, the nation’s president has announced. 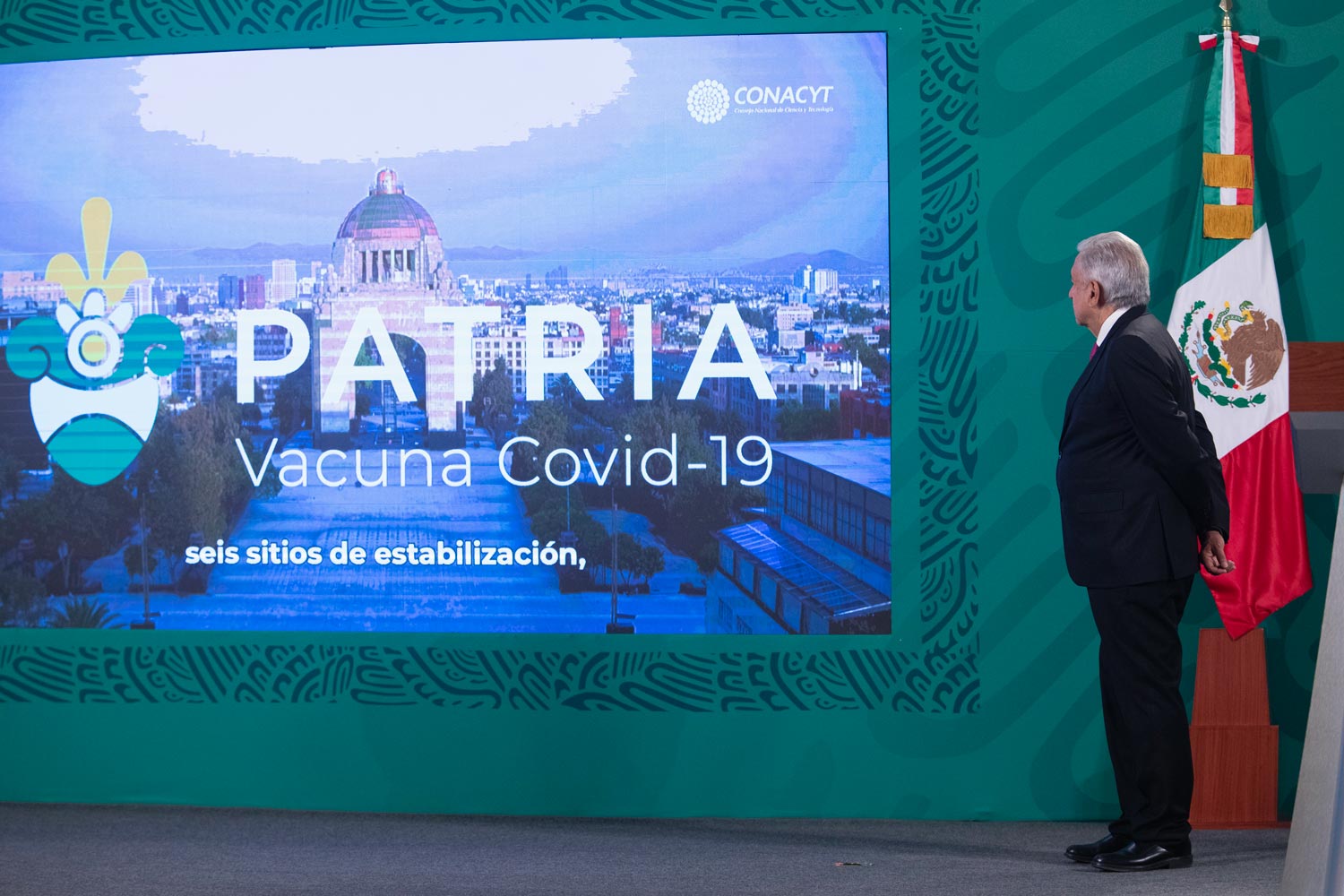 The “Patria” vaccine, which is being developed by the Mexican veterinary pharmaceutical company Avimex in collaboration with the federal government, has already successfully passed pre-clinical tests in animals and will begin clinical trials in humans later this month, according to Conacyt, the National Council for Science and Technology.

Around 100 volunteers will participate in the first stage of trials, said Conacyt Director María Elena Álvarez-Buylla Roces. However, the federal government’s claim that the vaccine is a Mexican invention stretches the truth somewhat, many news outlets have pointed out.

The vaccine uses technology from the Icahn School of Medicine in Mount Sinai (New York), and a HexaPro protein developed by the University of Texas at Austin.  Both institutions have licensed their technologies to Avimex, which has received certification to start the first phase of human trials from the nation’s health regulator, Cofepris.

“For Mexico to be able to say that the project or ‘vaccine development’ was ‘100-percent Mexican,’ it would have to go from zero-step research to vaccinating patients,” wrote Animal Político in an editorial this week.

If the vaccine is ready for emergency approval by the end of 2021, it would be a major boost for this country’s inoculation program, which has been hampered by sporadic deliveries.

Another benefit of the vaccine will be its cost, which will be significantly lower than any existing brand on the market, at around 55 pesos (less than $US3) per dose, says Álvarez-Buylla Roces.