Following a short illness, Ajijic resident John Simmons died on January 29 at the Ribera Medical Center in Ajijic. He was 87 years old. 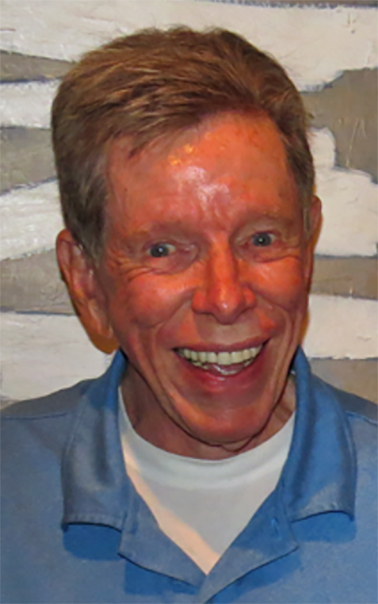 Born and raised in Paris, Tennessee, John attended the University of Mississippi, and spent most of his career living in Memphis.

In his formative years, John lived the life of a small town boy but harbored dreams of exploring and seeing the world, something he managed to do over the course of his life. Early on in his career he created a successful retail gift store in Memphis called “The Shop of John Simmons,” which became the “go-to” store when looking for a special gift, especially art, pottery and unique, one-of-a-kind items.

John had a keen eye for beautiful and useful things, which he collected and sold in his shops. Building on his success, John expanded his retail shop chain out from Memphis, reaching as far as San Francisco.

John helped many struggling artists and craftsmen by promoting their art and pottery in his stores.

John was instrumental in founding Curbi, the ersatz carnival society originally named for and peopled by those who stood on the curb and watched the carnival parades go by.

In an “Ode to John Simmons,” in The Daily Memphian, Dan Conaway wrote: “He sailed undiscovered seas on waves of whimsy and winds of wonder, seeing markers no one else saw, navigating even creating channels, his singular name known in far-flung ports and lost in a storm of imitation, his extraordinary creativity pirated and pillaged by the ordinary. I’ve never known anyone quite like John Simmons. Equal parts arbiter and destructor of taste, maker and disruptor of markets, seer and purveyor of what’s next, master of what matters and what matters not at all, certifiable and a certifiable blast to be around …”

John moved to Mexico in the 1980s, first living in Puerto Vallarta and then, after a visit to lakeside, moving to Ajijic, where he has been for the past ten years.  He fell in love with the lake, the mountains, the colors, the friendly people, the food and the mañana lifestyle.

He is survived by brother Daniel and his wife Jackie, and various nieces, who reside in Boulder, Colorado.

Friends said “Gone to Glory” was one of John’s favorite phrases when someone he knew had passed away. Said one this week: “John Simmons left us and this world last week and has now ‘Gone to Glory.’”