Legendary Lakeside singer and entertainer Mac Morison passed away peacefully in his sleep March 27. He was 88 years old. 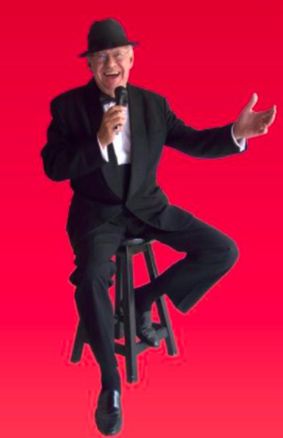 Mac began his singing career as a boy soprano at Christ Church in Victoria, British Columbia. By the age of 12, he had his own radio show. Throughout his teens, he sang regularly on 21 other radio and television shows, his principal station being CFRN in Edmonton, Alberta. Later, still in his teens, he was the leader of his own dance band which accompanied Mac singing the current pop music. The band was hired by all the dance venues in the surrounding area.

Mac continued working as a band singer and doing radio shows until he got married at age 19 and decided he needed a steady job to support his family. Even at this tender age, Mac had a gift for relating to people and a love of science. This led him to a very successful career in optical sales and eventually a vice presidency with Bausch & Lomb.

Upon his retirement in 1996, Mac moved to the Lakeside area. It was not until then that he resumed his first love – singing. He joined the Saint Andrew’s Anglican Church choir and sang with Los Cantantes del Lago for several seasons. Shortly thereafter, he began singing in local shows wherein he was “discovered” again. By this time, Mac had once again become an accomplished “crooner” with a beautiful baritone voice. He sang jazz standards – the songs that many of Lakeside’s residents fell in and out of love to. And he sang them in the same famous style of many of the greats, such as Sinatra, Torme, Damone and Bennett. So obvious was Mac’s fit in the ranks of these famous singers that he was once hired to sing with the famous band leader, Lionel Hampton, in Las Vegas.

In addition to appearing in a variety of local shows, Mac did seven successive and successful annual shows of his own, produced by his wife Barbara, in which he not only starred, but also spotlighted other local talent with whom he sang memorable duets. Proceeds from all of these shows were donated to local charities, including the Chapala Fire Department, the Tepehua Community, Ajijic Cares, Turning Pointe and Lakeside Little Theatre.

Mac’s generosity points to the fact that he was not only a gentleman, but also a truly caring and gentle man. He is and always will be a legend at Lakeside. He is survived by his sons, Craig, Jay, and Ward, his daughter, Kerry, several grandchildren, two great grandchildren and his wife, Barbara Clippinger.

A celebration of Mac’s life will be held at St Andrew’s Anglican Church in Riberas del Pilar on Saturday, April 24 at 4 p.m.

Mac would want the opportunity to thank the community for the love and support he felt from them. It brought him great joy that his singing was enjoyed by so many at Lakeside.