During July, Covid-19 infections increased by 653 percent compared to June, according to the Jalisco Health Department (SSJ). June’s figure of  3,712 confirmed cases rose dramatically to 27,936 one month later, data from the state’s Radar System reveals.

However, the number of fatalities in which Covid-19 was mentioned on a death certificate rose by only 32.57 percent compared to those registered during the previous month. 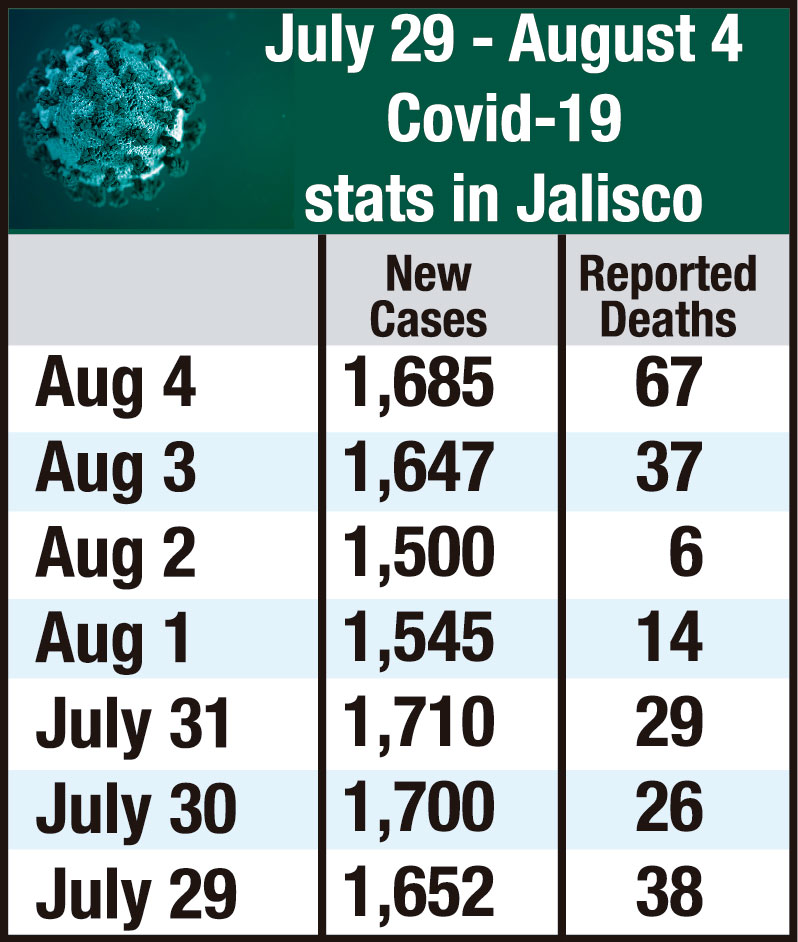 January was the month with the most infections reported during the pandemic: 50,794, an average of 1,638 a day. The current trend (see chart above) puts August on track  to supercede that figure, some health experts predict.