On a cool evening on the roof terrace of a snazzy Zapopan mall complex ringed by the soaring husks of new construction, a month and change of jazz-related events in Guadalajara both educational and diversionary came to a head in five hours of live music, speechifying and canapes.

The Jalisco Jazz Festival is the result of what must be a herculean effort on the part of non-profit Fundacion Tonica and its founders, Gil Cervantes and Sara Valenzuela, who founded the organization in 2006 as a light house for young people who might otherwise stray into fruitless past times such as crime and drug-use.  The festival itself was birthed in 2013, with Tonica’s pedagogical/transformative mission statement intact at its core. 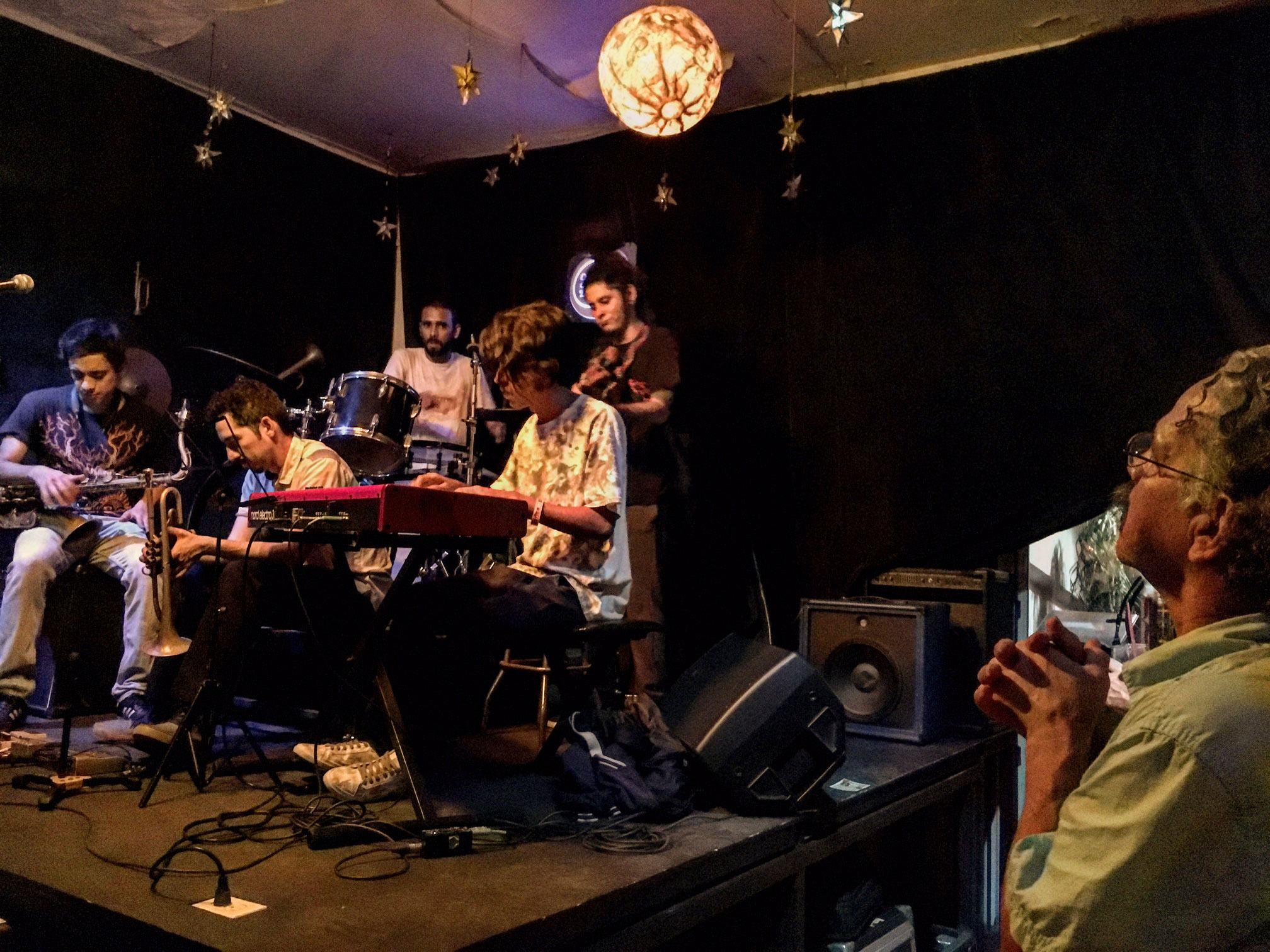 Four years later, education is still the festival’s cornerstone, with many of the internationally-renowned musicians convened by Cervantes and co. pulling duty in seminars, clinics and masterclasses inside the tranquil confines of converted 16th Century cloisters.

One such musician is pianist Aaron Goldberg, an American jazz master in his 40s who’s played with Wynton Marsalis, Joshua Redman, among others – a major “get” for the festival.  In addition to gigging and recording albums, he enjoys sharing his passion and skill with budding musicians.  The piano player is no stranger to the Jalisco Jazz Festival, both as a performer and an educator, and he has had the pleasure of keeping track of a few of the students whose talent he has nurtured over the past couple of years. 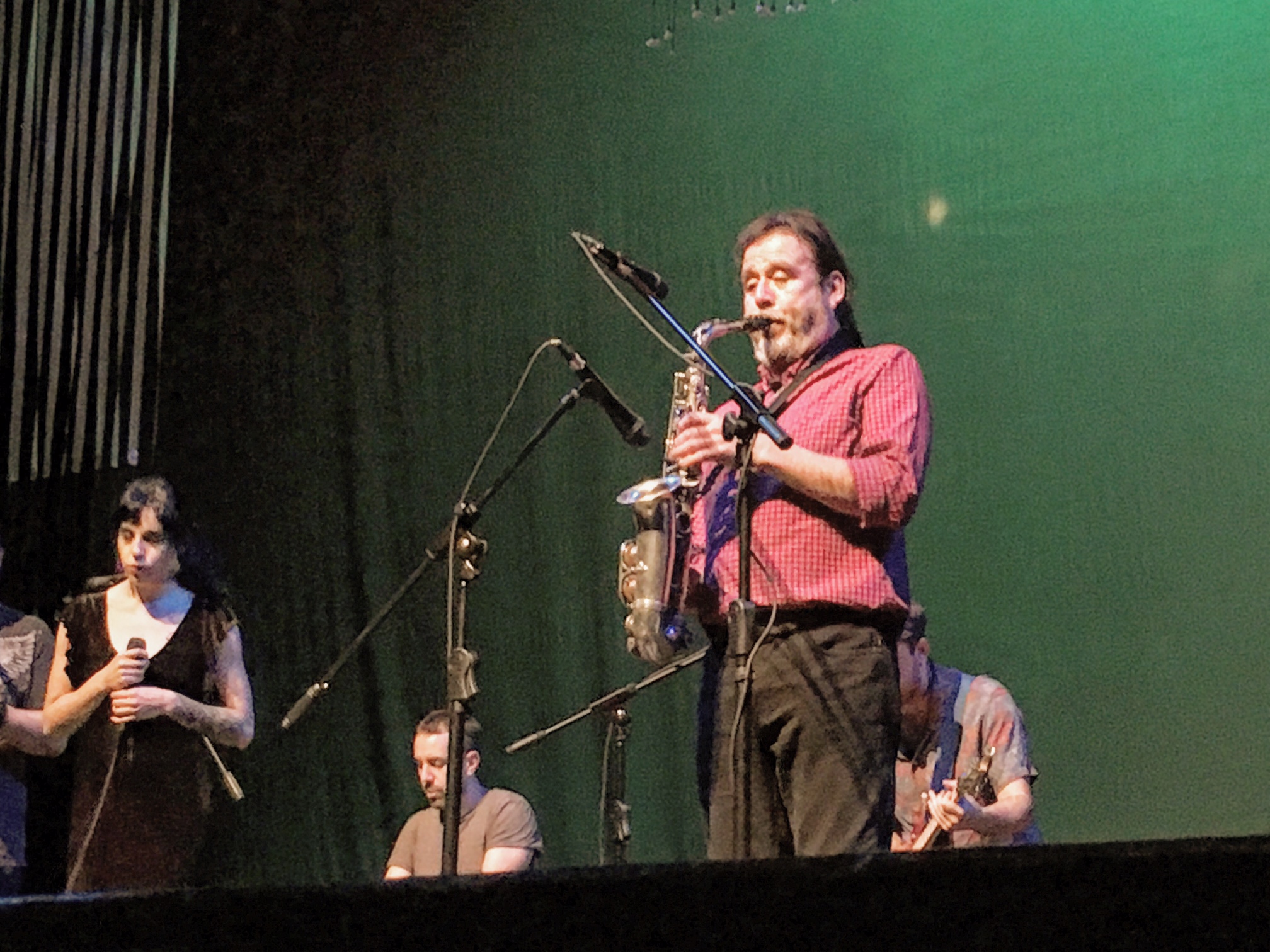 “Some of my former students are now professionals.  It’s really inspiring,” said Goldberg, who singled out for praise two local musicians he says have made incredible strides since he’s been offering them his tutelage: piano player Marc Fabbricatore, a French transplant, and from Mexico, bass player Jonathan Barrocio.  Fabbricatore also formed, together with local luminaries Archie Salcedo on drums and Vico Diaz on leona (a bass register stringed instrument), the house band for one of two of the festival’s official jam sessions at the city’s best spot to see jazz, Café Breton.  These gentlemen and many other adept practitioners on Guadalajara’s small but thriving jazz scene can be seen at Breton – found just north of Plaza de la Liberacion – most Wednesday nights, slanging chords, rimshots, arpeggios and cymbal splashes till the wee hours.

Imparting jazz’s musical Esperanto to the uninitiated is seen as something of a sacred vocation for Obede Calvaire, a U.S. drummer with a flowing mane of dreadlocks who, like Goldberg, is a familiar face at the Jalisco Jazz Festival and who was seen bashing away behind the kit several times during the five-hour closing gala on Friday.

In his years as a teacher, Calvaire has noticed marked differences between U.S. and Mexican students in their attitudes and learning styles.

“The students in the States are a bit … spoiled,” chuckled Calvaire.  “They have access to a lot of different things – books, instruments, teachers.  Most of the high-end teachers live in New York, Chicago, L.A., San Francisco.  [U.S. students] take it for granted.  Mexican students, on the other hand, are extremely grateful.  They are hungry for knowledge. They’re passionate.”

Last Friday’s festival finale on the terrace of the Andares Mall in Zapopan was designed, it seemed, to provide an encouraging object lesson to aspiring players by demonstrating jazz musicians’ ability to be dropped into any musical situation like elite paratroopers and thrive there due to a shared musical language; each of the evening’s selections featured a different shuffle of the members of several stylistically disparate groups, including Mr. Goldberg’s trio, Neils Klein Tubes and Wires from Germany, and U.S. trumpet legend Brian Lynch’s The Meeting, among others.

“Tonight is a mix of different groups playing with each other” said Cervantes. “It’s a party, an interchange of ideas, like jazz itself.”

The festival founder’s prioritization of eclecticism was nowhere more evident than in the curation of the lineup for the “Fiesta del Jazz” concert the previous Saturday at Teatro Diana.   The first and third slots on the bill were occupied by bands – GDL natives the Daniel Lopez Trio and Filulas Juz from Queretaro – who played somber but rhythmically complex chamber jazz.  In between, Dirty Black Beans, a quartet of Tapatios wrapped in denim and leather – and probably reeking of small batch pomade – played a set of hard-swinging rockabilly.  The night’s closer was the aforementioned Neils Klein Tubes and Wires from Germany, which the festival’s website described as “indie-jazz-rock.”

While inculcating improvised music into the fibers of young people through education is a large part of Fundacion Tonica’s raison d’etre, fostering an interest and curiosity about the music in audiences is just as important.   At jazz festivals, groups like MediaBanda – who bring to the table more widely recognizable musical genres and forms – function like synapses, transmitting jazz to the hearts and minds of people who otherwise might not be receptive to the message.

In keeping with the festival’s quasi-messianic goal of bringing jazz to the people, free concerts were scattered around city center plazas, including Plaza Liberacion, Plaza Universidad and the San Juan de Dios Tren Ligero Station.  Aaron Goldberg and Obed Calvaire were among the many musicians participating in these open-air happenings.

“It was interesting to play for people who had no idea we were going to be there, people just coming up from the subway,” related Goldberg. “You got kind of a pure feeling of what audiences are like here.  I will say, Mexicans have a genuine love for all kinds of music, without any preconceptions necessarily of what kind of music it is.”

For Calvaire, genre is subservient to passion; if you believe it, they will come.

“I think if you put on a good show and are passionate about what you do, [Mexican people] love it.  Somebody told me, ‘You made me cry, the music was so beautiful.’ That means we did our job,” said Calvaire with a grin.

Asked about next year’s program, the hard-working festival founder Gil Cervantes chuckled tiredly and deftly deflected the question, extolling instead what he sees as the special power jazz possesses to positively affect “liberation, human rights and racial harmony.”

If you’re interested in seeing good quality live jazz in Guadalajara, three locales (all of which post up-to-date information on their Facebook pages) offer it in spades several times a week: 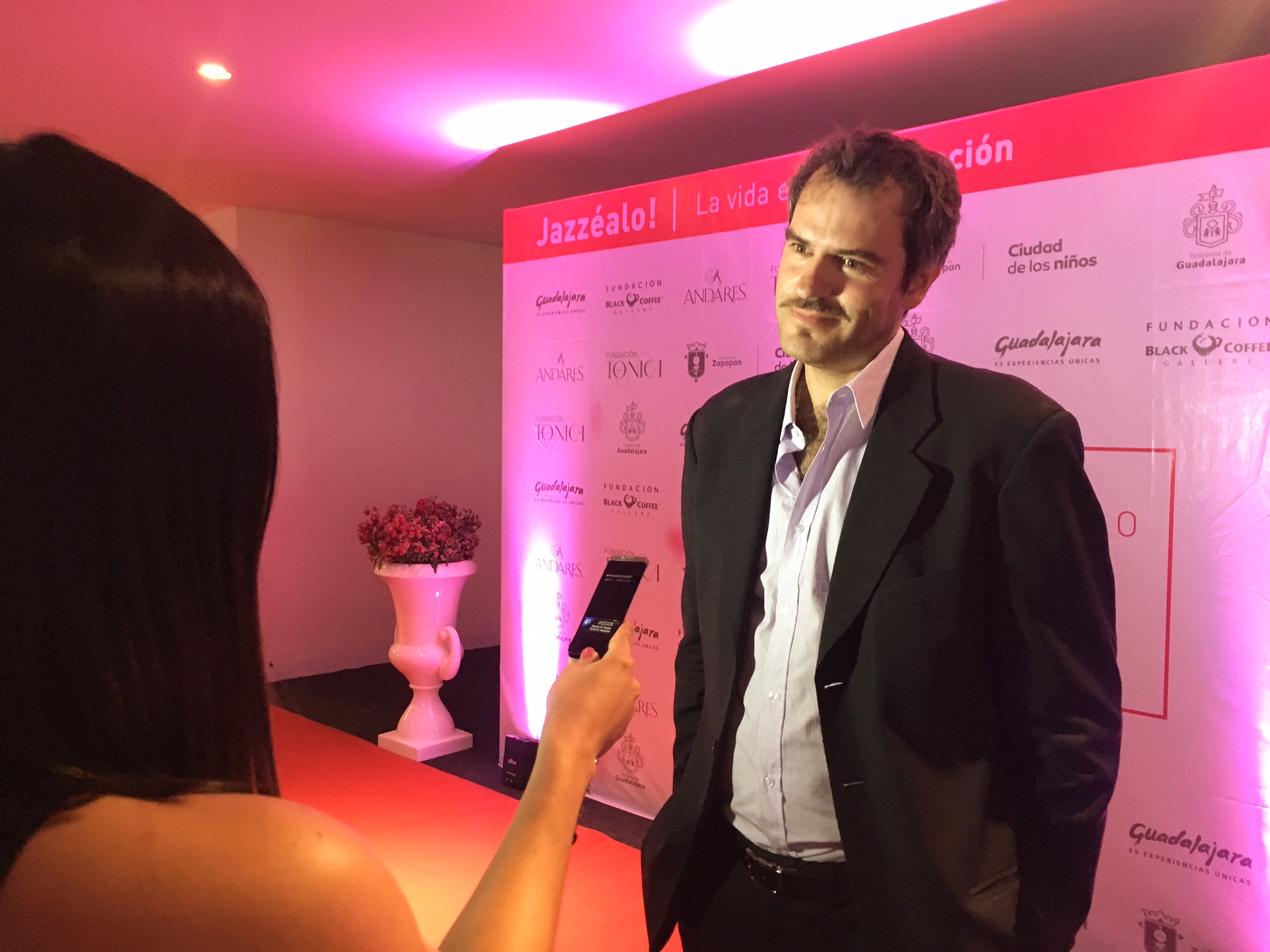 “It’s a mix of different groups playing with each other.  It’s a party, an interchange of ideas, like jazz itself.”