The Jalisco Culture Secretary has teamed up with the Palacio de la Cultura y la Comunicación (Palcco) in Zapopan to offer further musical options for residents and visitors to Guadalajara. 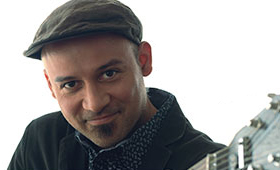 Through October 14, some of Palcco’s regular Monday evening recitals will be repeated the following day at either the Teatro Degollado or the Teatro Alarife.

Palcco’s recitals have tended to showcase classical music, chamber music and jazz, as well as a few other genres, such as tango and Balkan music. The recitals will replace the Martes Musicales series, which was disbanded by the incoming state administration last year.

The cost of each performance is 100 pesos and tickets can be purchased at the door. All the recitals will start at 8:30 p.m. and last for one hour with no intermission.

The series schedule is: