Chile’s renowned children’s folklore company Los Maipucitos is slated for an appearance in Chapala on Thursday, October 27 as part of a two-week tour of Jalisco. 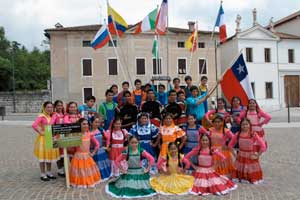 The troupe will present a colorful program of song and dance at La Vela plaza, located at the west end of the Malecon, starting at 7 p.m. Admission is free.

The talented muppets open their tour with an October 15 show in Tapalpa, traveling to 16 other venues around the state through the end of this month.

Chapala is booked between gigs set for October 25 and 26 in Sayula and Tonala and appearances in Guadalajara and Mazamitla on the 28th and 29th respectively.