The seventh annual Tercer Milenio International Film Festival (FIC-TM) returns to the Lake Chapala region this year with an expanded program of activities that will run from Friday, November 11 through Monday, November 21 at four venues. 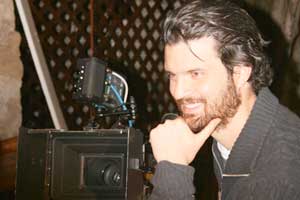 The ample selection of motion pictures highlighting human values is wrapped around the 2011 theme “A Valient Peace,” with the aim of prompting reflection on personal behaviors that impact common social and family problems. Dozens of excellent flicks will be screened in Spanish, English, French and various other languages.
Movie Space Cinemas at Centro Laguna is slated to screen 38 different titles between November 11 and 17.  The former home of Chapala’s Cine Eden movie theater, located on Calle 5 de Mayo between Morelos and Lopez Cotilla, will screen 31 films for the public, plus special shows geared for local school groups.
MovieSpace will play eight films in French, two in Arabic, one in German, one in Italian and one in Russian, all with Spanish subtitles, while Cine Eden is set to project various shows in Italian, Chinese, Cantonese, Arabic and Persian. Audio for all other pictures will be shown in Spanish without subtitles.  (For films in English, see right.)
A full bill of films will show simultaneously at the Teatro de Atequiza, the newly refurbished historic monument located in the town of the same name. It will also be the site for the November 18 closing gala of lakeside’s FIC-TM program. The old Hacienda de Atequiza was the setting for the first moving picture images of Mexico, captured in 1896 and projected worldwide by the Lumiere Brothers film company. Atequiza lies within the boundaries of Ixtlahuacan de Los Membrillos, just off the Guadalajara-Ocotlan highway about 10 kilometers beyond the Santa Rosa junction.
Admission to FIC-TM screenings will cost 30 pesos per person at the box office.
Advance tickets may be acquired for 20 pesos per head following weekend services at Chapala’s San Francisco parish and the San Andres church in Ajijic, as well as stands at the Tuesday organic market, Centro Laguna and Ajijic’s Wednesday tianguis street market.
Festival organizers are seeking generous “godparents” to sponsor tickets at 10 pesos each for about 5,000 school children who are invited to attend to the screenings. For information contact Gisela Gonzalez on her cellphone at 331-016-8336 or via email to This email address is being protected from spambots. You need JavaScript enabled to view it..
The complete FIC-TM program, including Guadalajara events, may be accessed at www.fictercermilenio.com. Posters providing details of the local film schedule are posted at all festival venues and other prominent points around the community. Note that the announced bill may be subject to unanticipated last-minute changes.