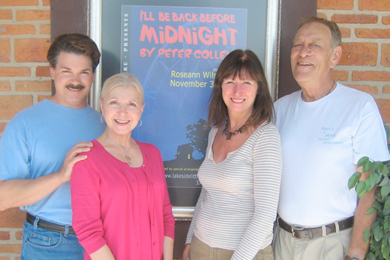 “I’ll Be Back Before Midnight,” the next offering in Lakeside Little Theatre’s 48th season, has been described as the most popular stage play in Canadian history.

Written by prolific Canadian playwright and screenwriter Peter Colley, the “laugh out loud-scream out loud” play has entertained audiences in every province in Canada, 49 U.S. states and 29 countries.

The story is about a woman just recovering from a nervous breakdown and her archeologist husband who have rented an old farmhouse. The farmer that they rent the house from tells stories about a terrible murder that once took place there and the ghost that some believe still roams. Already agitated, the wife’s nervous imagination gets worse when her husband’s manipulative sister turns up. There are strange sounds and visions and she suspects her sister-in-law is trying to drive her completely mad … but maybe not. Now, this sounds like a typical old-fashioned melodramatic thriller but there are enough zingers and red herrings thrown in to lighten the mood from time to time. 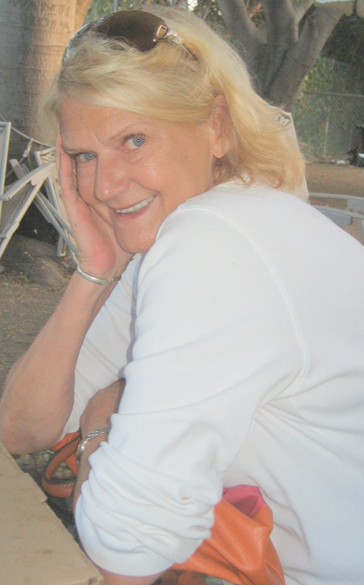 Director Roseann Wilshere is in her milieu here as she has several mystery thrillers already notched on her chair. She’s being helped out by stage manager extraordinaire Diane Jones, who has worked with Wilshere on seven other plays at LLT.

Wilshere is thrilled to have the original stage soundtrack courtesy of composer John Roby of Toronto, who composed the spooky music and other sound effects for the show.

The play runs from November 3 to 11. Tickets cost 200 pesos and will go on sale Thursday and Friday, November 1 and 2, 10 a.m. to noon in the theater box office. The box office will be open every day during the run of the show and one hour before the 7:30 p.m. curtain. Arrive early for the best parking and utilize the full service bar opening on the Angel Terrance at 6:30 p.m.

Be forewarned: Besides very spooky special effects, this play sports pyrotechnics. It is not recommended for children or the faint of heart.

Lakeside Little Theatre is located off Allen W. Lloyd Drive in San Antonio Tlayacapan next to the Instituto Loyola campus.