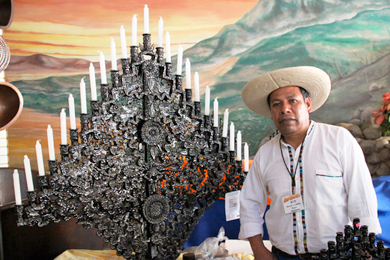 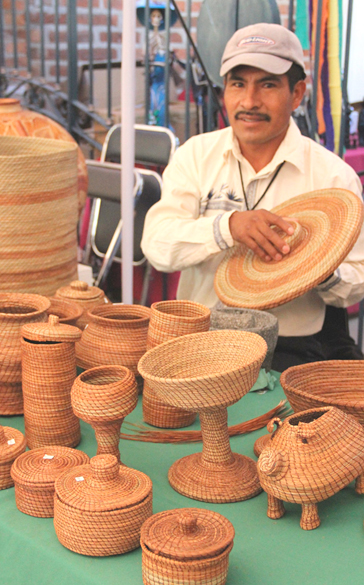 Local shoppers went wild scooping up fine handicrafts and folk art brought to their doorstep from far flung corners of Mexico by more than 60 of its most outstanding artesanos. The exhibitors racked up prodigious sales and raved about every angle of the event’s seamless operation. And the fair clearly achieved the core mission of promoting and preserving the country’s rich artistic heritage. 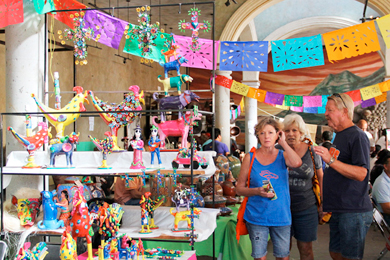 The only negative buzz picked up on the expat grapevine was related to crowded quarters at the Plaza de la Ribera site on opening day, but claustrophobic conditions eased up once the of early bird rush subsided. The craftsmen certainly voiced no complaint about dealing with hoards of buyers anxious to get a crack at the best of the merchandise. 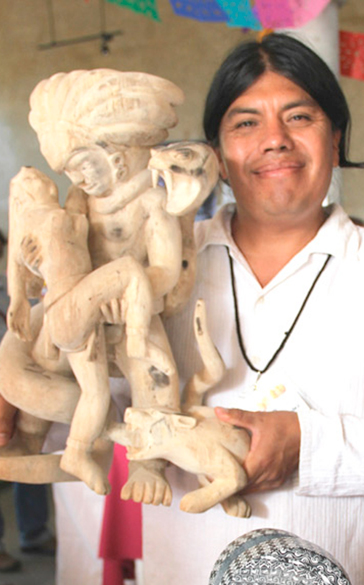 “The fair is so well organized. It’s one of the few events where we have a chance to meet and socialize with other craftsmen. My husband and I especially enjoyed our stay with really great hosts.” 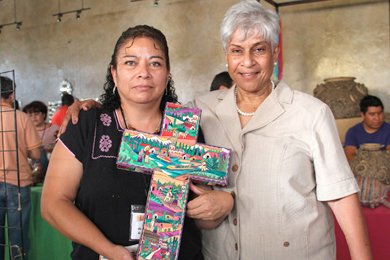 Many other exhibitors were especially appreciative of the free show space, transportation arrangements, housing, meals and other support that sets the Feria apart from similar expos they frequent.