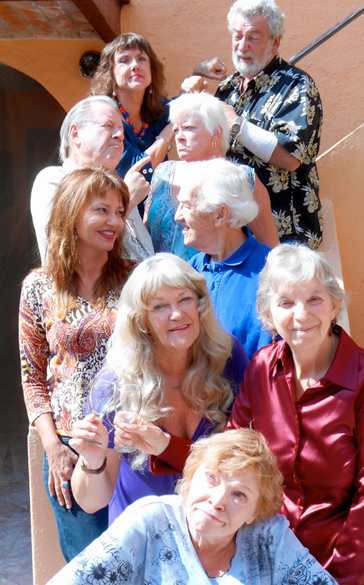 Bill Barker, the author of “Best Wishes,” Lakeside Little Theatre’s third production of the 2012-2013 season, will be present for opening night on Saturday, December 8.

The play is a heartfelt story tracing the intricacies of relationships in a large family. Barker penned the drama while he was an acting student at the Los Angeles City College Theater Academy of Dramatic Arts.

“Best Wishes” was entered into the American College Theatre Festival where it was selected as a regional finalist. The play has been performed many times in the United States over the years but the LLT production will be the first on a foreign stage.

The play will be directed by Peggy Lord Chilton, who met Barker during a production of the play three years ago at Crown City Theater in Pasadena (both had acting roles).  Chilton will be assisted by Kathleen Neal.

Tickets are 200 pesos and go on sale Thursday and Friday, December 6 and 7, 10 a.m. to noon the LLT box office and every day (except Sunday) at that time during the run of the show (through December 16). The box office is also open one hour before curtain time (7:30 p.m. Monday through Saturday and 3 p.m. on Sunday). Those with season tickets should check in at the box office when they arrive so unfilled seats can be re-sold to those on a waiting list. Those wishing to change the date of their reservations should call 766-0954.

Arrive an hour before curtain for the best parking and to enjoy the full service bar on the Angel Terrace. Lakeside Little Theatre is located on Allen W. Lloyd Drive on the mountain side of the Carretera next to Instituto Loyola.