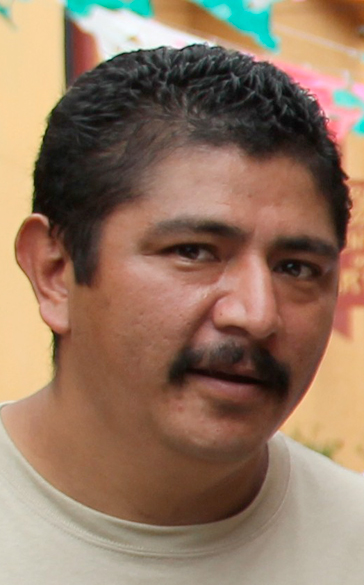 Local artist Efren Gonzalez has been designated as the new director at the Centro Cultural de Ajijic (CCA).

Chosen from among ten candidates who actively sought the post, Gonzalez has clear ideas for the initiatives he will undertake. One immediate goal is to implement a workshop program for children aimed at channeling young talents toward careers in the arts.
He also hopes to form an artists’ union, bringing together practitioners of all creative disciplines to achieve common objectives.
Long-term missions include developing effective promotion schemes for the center and the art community at large, upgrading the CCA facility and launching an on-site shop for art and artisanal products.
The accomplished 40-year-old artist has been building on his own talents since the age of eight. He is the author of the sweeping mural that graces the staircase inside Chapala city hall and the ceramic bas-relief mural installed in the entryway for the 2010 commemoration of Mexico’s Independence and Revolution movements.
Gonzalez has demonstrated entrepreneurial savvy in running his own art studio and supply outlet in central Ajijic, as well as organizational skills in planning numerous special events. An example is last October’s successful art-in-the street festival that will be repeated February 16 and 17.